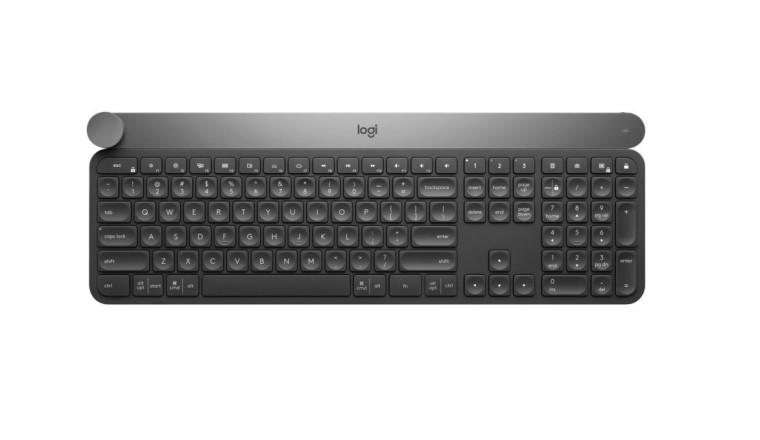 Apart from the MX Sound speaker, Logitech has also announced a new work keyboard with a rounded, ergonomic design and an input dial for an approximate price of $199.99.

The Logitech CRAFT is aimed at creators, a term made famous by Microsoft over the last year or so. However, that isn't the only inspiration taken by the Swiss hardware maker from the Redmond giant as the CRAFT keyboard features an input dial, called Crown, which offers similar functionality as the Surface Dial without the need for a touchscreen.

Logitech has revealed the list of applications that support the Crown, which currently includes Adobe Photoshop CC, Adobe Illustrator CC, Adobe Premiere Pro CC, Adobe InDesign CC and Microsoft PowerPoint, Excel and Word. The feature is currently only supported on Windows PCs, but the company is said to be working on macOS support as well.

The keyboard's other convenient features include smart backlighting, which dims itself as per surrounding conditions and dimpled keys for comfortable usage. Overall CRAFT looks like a very good keyboard for prolonged work related use cases.

Logitech will be selling the keyboard through its website and select retailers from October 2017 onwards. More details should be available once the device starts shipping to stores.