Nobody with two brain cells to rub together would dispute that Research In Motion, owners of BlackBerry, has had a truly disastrous year. From the catastrophic sales of the PlayBook, to the company’s unfortunate entanglement in August’s London riots; from the four-day global service outage in October, to the recent admission that the first desperately needed next-generation BlackBerry 10 devices are still almost a year away; RIM has courted calamity at just about every turn.

Perhaps more damning than these issues themselves is the company’s consistent failure to deal with them swiftly and decisively. If further proof was needed of the confused priorities and delusion at the company, RIM has now firmed up pricing for its latest handset, the Porsche Design BlackBerry P'9981. 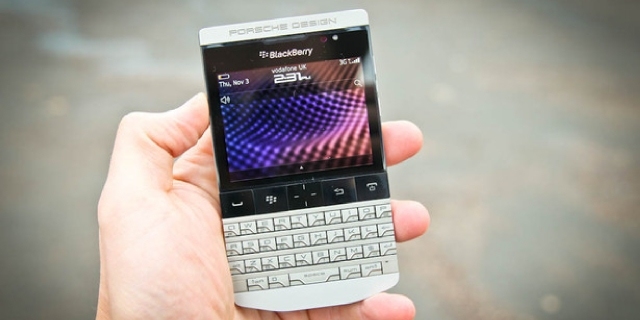 With looks that could charitably be described as divisive, the device is essentially a checklist of unremarkable features wrapped in a designer body. The shell is forged from brushed stainless steel, with a leather rear, and includes the familiar BlackBerry QWERTY keyboard, although featuring a unique aesthetic. A 1.2GHz processor, 8GB of onboard storage and 720p video recording capabilities are also on the spec list, as is integrated NFC support.

Least interesting of all is the BlackBerry 7 operating system that’s running the show on this thing, albeit tweaked with some Porsche Design flourishes.

In fact, the only really remarkable feature of this device is its price tag. BlackBerry has confirmed that the P'9981 will make its European debut in the UK, where T3 reports it will sell exclusively at London's world-famous Harrods department store. Those with more money than sense who are keen to get their hands on it will have to hand over £1275 GBP ($2000 USD / €1500 EUR).

There is one tiny saving grace in all of this; the last we heard of the device, back in November, Research In Motion was suggesting that it would go on sale for £2000 ($3100 / €2400). Evidently, RIM saw some sense in deciding to lower the price considerably – though evidently not enough sense to abandon the whole idea, and focus on more important issues, such as accelerating the development of its next-gen BlackBerry 10 devices, delivering the delayed update for the PlayBook, or stabilising its share price.