In the first part of this series, we had a brief look into the history of the dock and Windows 7 superbar. Today, we will go through some of the basic functionalities that both dock and superbar provide and have in common.

The dock can hold any number of items and resize them dynamically to fit while using magnification to clarify smaller resized items. Applications that do not normally keep icons in the dock will still appear when running and remain until they are quit.

Running items are distinguished by an indicator at the bottom of their respective icons.

The dock has a left side and a right side.

The left side holds only applications, running or otherwise. The right side of the dock is for "everything else": files, minimized windows, stacks, and the trash.

The sides are separated by a vertical crosswalk. Icons and stacks can be rearranged within their limits on each side. Drag anything off the dock from either side, and a small "poof" of smoke appears, indicating that the user is about to erase that item from the dock (though not permanently from the system.)

The dock provides progress indicators and sometimes dock icons bounce when notifying, and will keep doing so until the user accesses them.

Notifications can behave in any number of ways, depending on the application. For example, Mail can show the unread messages count as they come in. 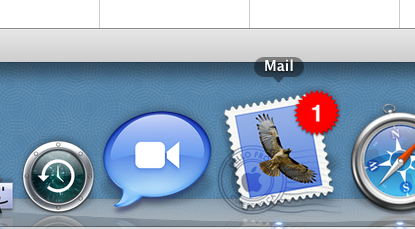 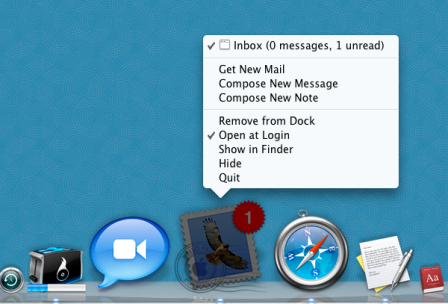 The Windows taskbar also holds any number of items and as the number of items in the taskbar grows, users get a small vertical scrollbar to scroll through the other items.

Any application that is not a part of the superbar still appear in the dock when running and remain until they are quit.

The superbar also has a left side and a right side

In the coming weeks, Neowin will be comparing the various features of the Mac OS X Dock and Windows 7 Superbar. Our next part in this series will see some cool features in the mac dock, adding & removing items to the dock, superbar and application previews. However, this series will not conclude on which is better, rather explore and compare the options available with the Dock and Windows 7 Superbar.