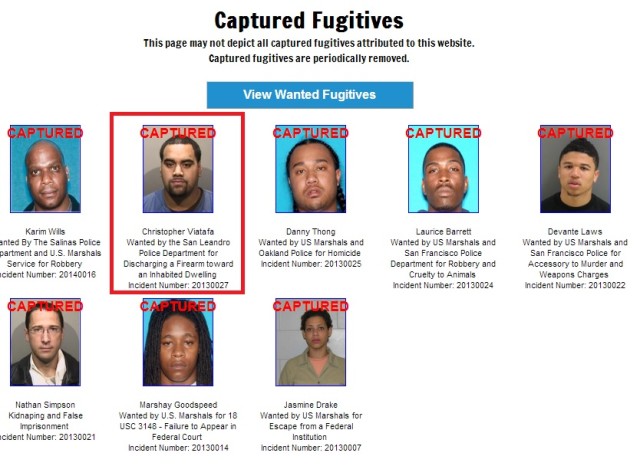 Viatafa says he only knew about his "wanted status" after Googling his name.

When people Google themselves, they will probably discover a bunch of Facebook profiles belonging to people with identical names, various LinkedIn profiles, endless White Pages directories or embarrassing Myspace photos uploaded from forever ago which seem impossible to remove.

A Californian man who Googled his name was in the shock of his life after discovering he was in fact one of the state's most wanted men.

According to authorities, Christopher Viatafa found a mug shot of himself on a “most wanted website” after he was connected with a shooting in San Leandro on August 8.

SFGate reports the man fired his handgun into the ground during a heated argument at a party. According to authorities, Viatafa fired more shots before being forced out of the location. Fortunately, no one was injured in the altercation.

Only after a Google search did the 27-year old realise he was one of Northern California’s most wanted men. A website maintained by the Northern California Regional Intelligence Centre, wanted him for allegedly discharging a firearm toward an uninhabited building. The man has since been listed as a “captured fugitive” after handing himself in.

Northern California’s Most Wanted was launched in December by the F.B.I and the U.S. Marshals Service and has seen recent success in capturing wanted fugitives.