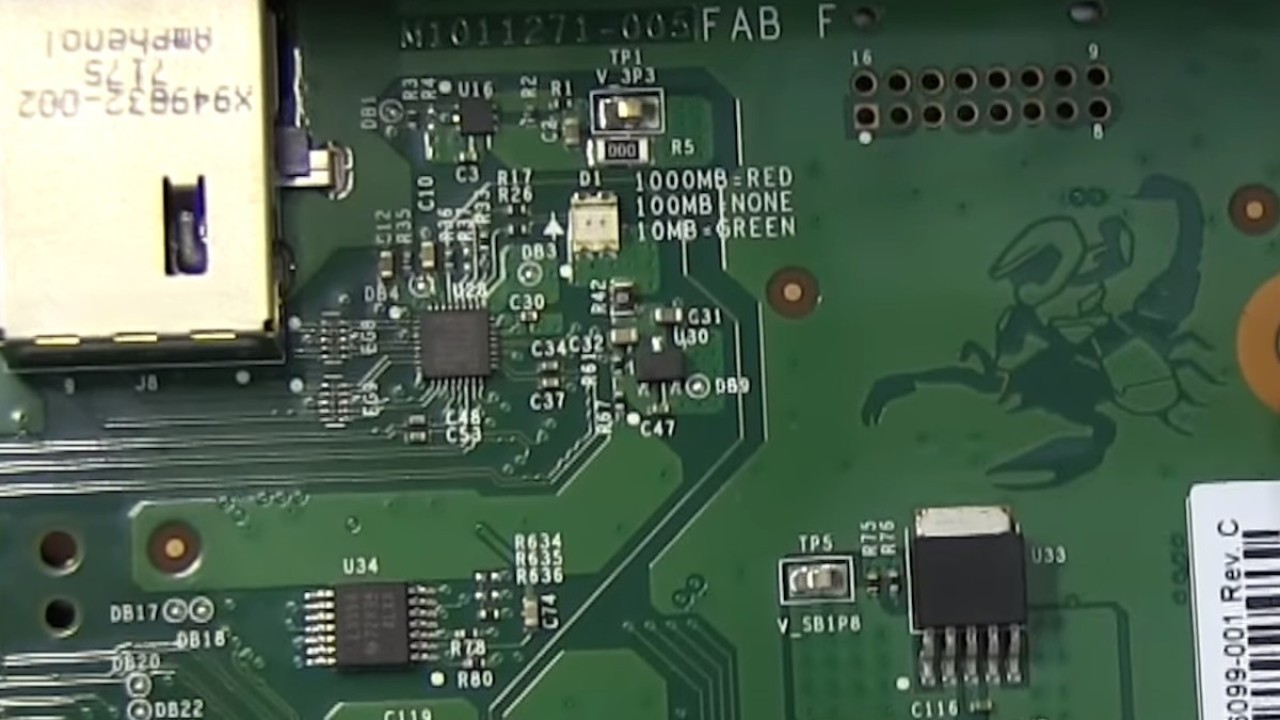 Microsoft just loves Master Chief. Last year, with the release of the Xbox One S, we found out that each console had a tiny Master Chief hidden away under the optical disk drive. Master Chief returns this year on the company's latest console with even more style.

Spanish tech channel Unecero earlier this week uploaded a video with a teardown of the Xbox One X, which Microsoft has dubbed the most powerful console ever. In it, we see an image of Master Chief etched into the motherboard at the top right corner. This isn't just any image of Master Chief, however. Paying homage to the console's codename, Project Scorpio, the Spartan soldier is seen riding a scorpion.

Of course, it's not a wise choice to open up your newly purchased Xbox One X to behold Master Chief in all his cowboy glory as opening the chassis of the console will void your warranty.

The Xbox One X, which will be available this November, is significantly more powerful than the current generation of consoles, featuring a whopping 12GB of DDR5 RAM and octa-core processor capable of pushing up to 6 teraflops. The company also promises a large number of games will be able to natively render games at true 4K with the Xbox One X's graphical prowess.