Anyone using Windows 7 can't help but have noticed the array of creative and vibrant content that comes preloaded with it and is also available to download. Will Austin is just one of the photographers who will find his way onto millions of desktops worldwide when Microsoft's new operating system launches later this year.

7tutorials.com have managed to get hold of Will for an interview about his experiences of photography, dealing with Microsoft, and ultimately having six of his photographs featured as part of the default wallpaper that will come with Windows 7.

As the interview reveals, Will is a professional photographer who met one of Microsoft's designers whilst doing a photo shoot of some architecture. The shots of his included with Windows 7 are of architecture and nature and were all taken in the Seattle area, where he is based. Will says that Microsoft were "so professional yet so friendly and down-to-earth, it was a great experience. I could also see that they really cared so much about their work and the project they were working on, it was inspiring."

Here of the six of Will's stunning photos that appear in Windows 7: 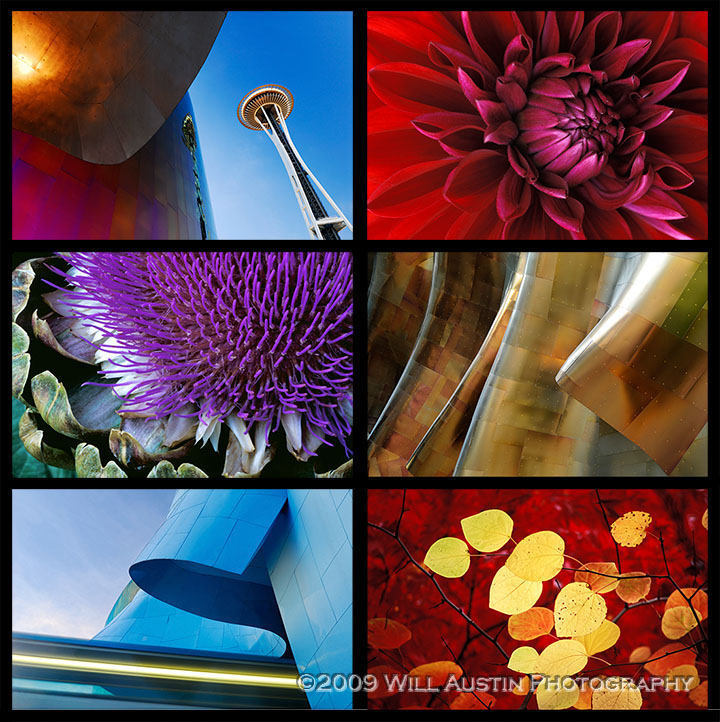 Will was also mentioned in a posting at the Engineering Windows 7 blog earlier this year:

"As we thought about how we wanted to approach personalization in Windows 7, we knew one way was to honor our lineage. In the past photography has been featured heavily Windows. Some of that photography has been quite beautiful and has become a proud tradition we wanted to maintain. In addition, we also wanted to explore new territory and expand our visual palette. In the realm of photography, we kept a theme focused on landscape photography which is our tradition, but added new themes for architecture and nature. Much of the this imagery is from our stock imagery partners, but we also had the good fortune to work with a talented local photographer named Will Austin, who has photographed all over the world on many subjects with an emphasis on architecture. Will's photos provide a little bit of the local flavor of the Seattle area that we are proud to call home."

Head to 7tutorials.com now to read the full interview now and get the story behind Will and his photos, or visit Will's website or personal photo blog. Those of you familiar with Windows wallpaper photographers may also remember Hamad Darwish who talked to Long Zheng in 2007 about the photos that he contributed to Windows Vista.