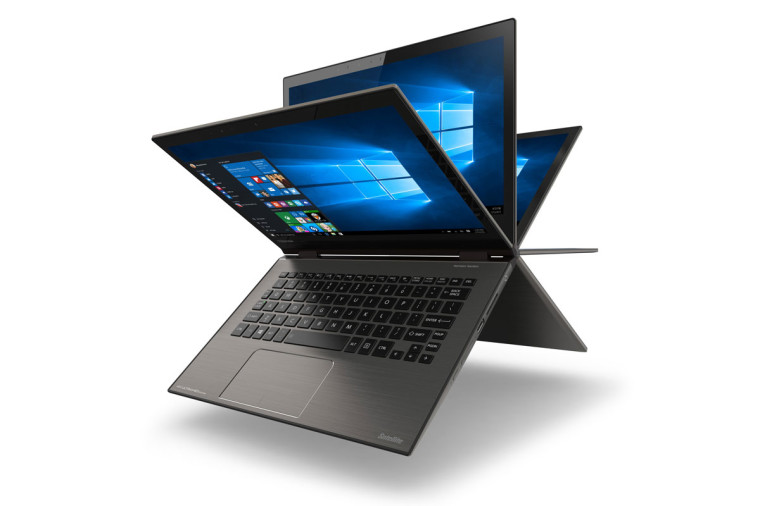 Toshiba have revealed a new convertible tablet to enter their Satellite range, ahead of IFA, which kicks off at the end of the week. The 2-in-1 boasts a range of features to stand out from competitors, and support for many Windows 10 features, packed within a 12.5 inch device.

The Toshiba Satellite Radius 12, set to release later this year, comes with a 12.5 inch touch display, either offering a 1080p or 4K screen resolution , dependent on the chosen model. The laptop will be powered by Intel’s new Skylake processor range, up to the Core i7 models, and house up to 8GB of LPDDR3 RAM. The high resolution display will use Intel’s HD Graphics integrated graphics processor range.

The device also delves into some new technologies, which greatly sets this product apart from other convertibles offered by other manufacturers. Toshiba have decided, like many of their competitors, to implement a USB Type-C port, alongside two USB 3.0 ports, and a HDMI output supporting 4K resolution. The keyboard that comes with all models will also be backlit, when using laptop positioning.

With great power, comes a great sacrifice, and according to Toshiba, the battery life will take a toll, especially with the higher end models. The 4K model has an estimated battery life of 6 hours, and with the lower resolution 1920x1080 model, up to 8 hours can be expected.

The device will also support the newly introduced Windows Hello, which offers biometric security for consumers, natively within the operating system. Specialist hardware is required, and with the Satellite Radius 12, Toshiba have aimed offer access to this Windows 10 feature. The laptop now packs an ‘HD Webcam’ that supports Windows Hello, however the camera, and its specifications have not been released. It is possible that the camera could be a decedent of Intel’s RealSense tracking technology, used in their range of larger laptops, compressed to fit the sleek, 12.5 inch bezel. The device measures 299.5 x 209 x 15.4mm, and weighs 1.32kg, and while this may not be the smallest device available, is definitely impressive when considering the specifications available.

No price point has yet been announced by Toshiba, however it has been confirmed that the device will be available before the holidays in the UK. It can be expected that this will not come cheap, due to the features packed into such a small 2-in-1.