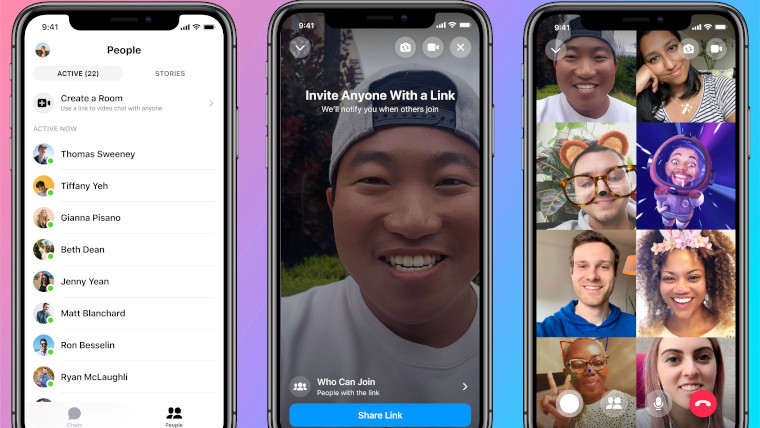 Facebook has announced that it’s rolling out a new feature this week for its platform called Messenger Rooms. The new feature will allow you to create a room from Messenger or Facebook and invite anyone to join your video call, even if they don’t have a Facebook account. Rooms are interesting because they can host huge 50 people video calls.

According to the firm, you’ll be able to start and share rooms on Facebook through the News Feed, Groups, and Events, making it easy for others to join in. In the near future, Facebook will find ways to create rooms from Instagram Direct, WhatsApp, and Portal, reducing barriers to communication.

If you’re not one for initiating a chat, you’ll see rooms that are accessible to you on Facebook so that you just jump in and begin conversing. If you receive an invite to a room, you can join from either your phone or computer and there’s no need to download any software to get started. If you’ve got the Messenger app, however, you can use AR effects such as bunny ears and other features such as immersive 360 backgrounds.

Rooms come with a handful of moderation tools. When you create a room, you’ll be able to adjust the visibility settings. Additionally, you can remove people from a call and lock a room if you don’t want others to enter. If you don’t feel safe in a room, you have the option to leave, even if it’s locked. You can also report a room or submit feedback if you think it violated Facebook’s rules. Finally, you can block people if they’re bothering you; those you block won’t be able to join rooms with you and you won’t be able to join rooms with them.

The feature is rolling out in some countries this week and will arrive in the remaining countries around the world in the coming weeks.