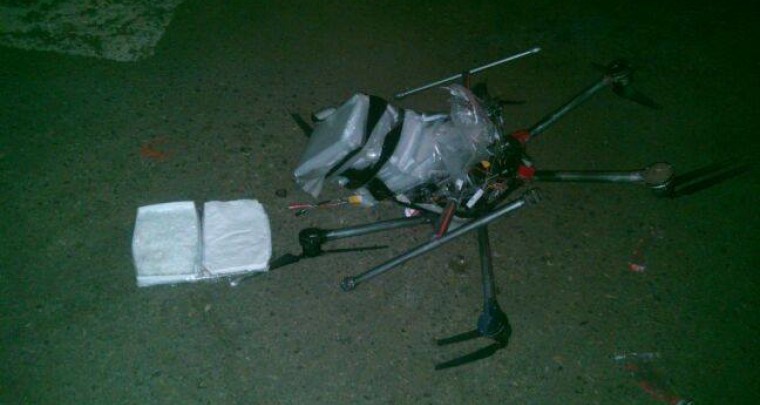 The Tijuana Municipal Police Department has revealed that a drone carrying crystal meth crashed into a superstore's parking lot near the U.S.-Mexico border earlier this week. The remote-controlled aircraft was loaded with packages containing 3 kilogram (6.6 pounds) of methamphetamine divided into six packets.

The police believe the aircraft was most likely being used for cross-neighborhood ferrying of drugs rather than across the border, which is heavily guarded. Furthermore, they believe that the plane drone might have crashed because of the excessive load being attached to its underside.

Tijuana police spokesman Jorge Morrua said authorities were immediately informed of the situation. He stated that the cross-border transferring of drugs using similar methods isn't exactly new. Last April, a drone carrying cell phones, marijuana and tobacco was sighted on the outskirts of a prison in South Carolina. Other attempted methods used for the illegal transfer of drugs include the usage of catapults, ultra-light aircrafts and tunnels.

The police is reportedly working hard to find out where the drone originated from and the culprits involved but have had no new leads yet. They also believe that the drone is a DJI Spread Wings model S900, which can fly autonomously, making it all the more difficult for authorities to apprehend the people involved.