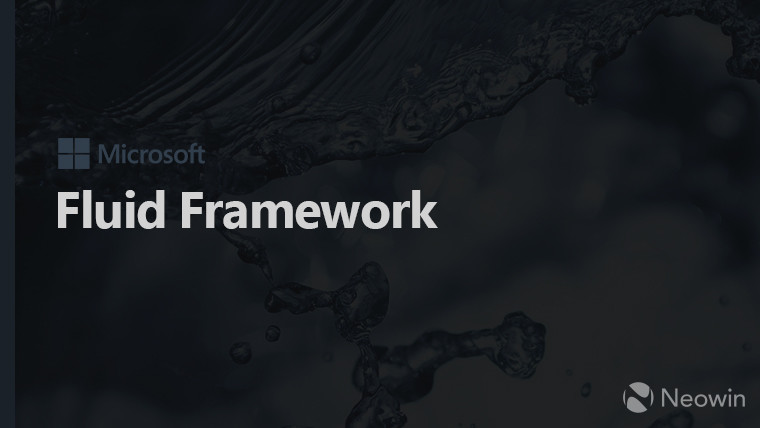 At its Build 2020 developer conference today, Microsoft is announcing improvements to its Fluid Framework, which was first announced at last year's Build and arrived in preview later in the year at Ignite. The company is offering a preview of Fluid Workspaces and Fluid Components, marking the first time that end users can access the Fluid Framework.

The first places that you'll see these are on Office.com and the Outlook Web App. It allows you to collaborate seamlessly, but across different apps. That way, you can add things like tables, charts, task lists, and more into various types of documents, and they're always up to date. Workspaces can be managed from your activity feed, Recommended list, @-mentions, and more.

The other big news is that the Fluid Framework is going open source. This means a few things for fans of the project. For one thing, Microsoft says that developers can use key elements of it in their own applications. And of course, open source means that the community can contribute to and improve the product.

Microsoft is going to be releasing additional documentation for the Fluid Framework and its open source repository, which will be available on GitHub.