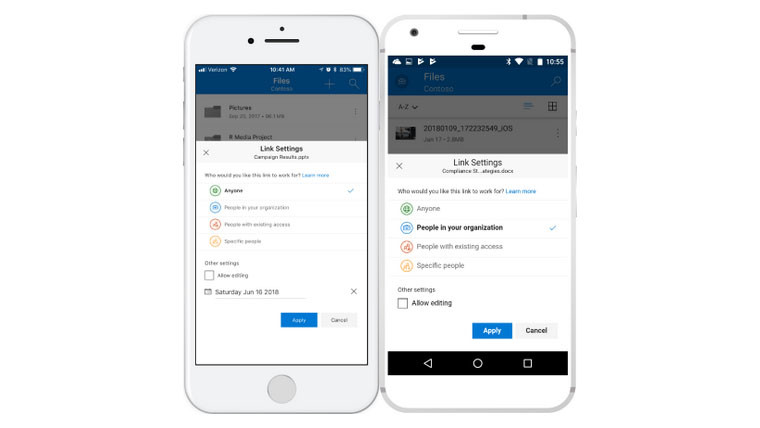 Microsoft today announced an update to the OneDrive apps on iOS and Android, adding some new sharing features and a refreshed UI that brings it to parity with other clients. As you can see from the image above, sharing from the mobile apps now looks just like it does when you're sharing a file or folder from the web app, Windows Explorer, or an Office application on the desktop.

In its effort to create a unified experience across devices, Mac users are also getting some love. Microsoft will finally begin including the OneDrive sync client as part of the Office 2016 Click-to-Run installer, which means that if you install Office on your Mac, you'll get OneDrive too. This is how it's been on Windows for years, assuming that you're not already using Windows 8.1 or Windows 10, which comes with OneDrive.

This means that Office for Mac can do things that it's never been able to do before, such as open files that have already been synced rather than download an entirely new copy. It will also be able to sync only the changes that you've made instead of syncing the whole file, saving you time and bandwidth. Finally, Microsoft also noted that the share experience will be the same as it is on other devices, similar to what we're seeing now from the iOS and Android clients.

The update for Android is out now, while the iOS app is still rolling out. OneDrive will be included with Office 2016 for Mac beginning this week.