Earlier this month, Microsoft proudly announced that over 250 million people had signed up to use its SkyDrive cloud data storage service. Today, the company revealed it would be adding some new features to SkyDrive that will be rolled out over the next couple of days. 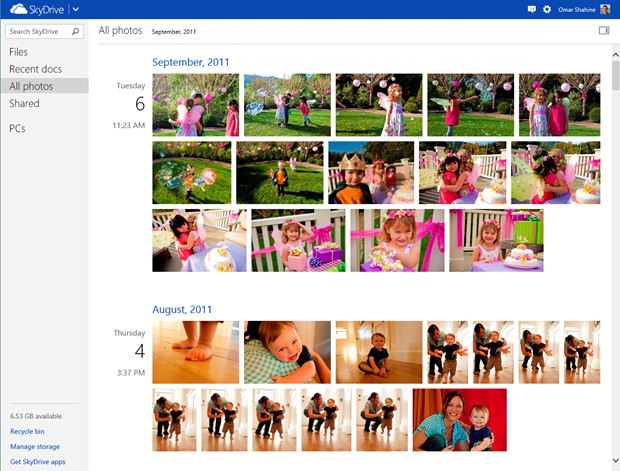 The official SkyDrive blog has a list of the new changes, including a photo timeline feature. It will allow SkyDrive users to view photos not only based on the time they were taken but also which event the photos were taken. The blog states:

Take 20 pictures at a birthday party with your phone, and then a photo of your parking spot at the airport a few hours later? Now they'll appear as two different groups in the timeline.

The new feature will let users navigate to a specific month on the photo timeline by clicking on the month's name. Photos can also be checked out in a slideshow mode in SkyDrive's filmstrip view.

Microsoft also says it has made some client and server improvements to the SkyDrive desktop app in terms of upload speeds. The company says that with the changes it has made " ... we’ve seen a 2-3x improvement in upload times for photos."

Finally, SkyDrive users can check out a new layout for SkyDrive thumbnails, along with adding thumbnail support for Word and PowerPoint files. Last week, Microsoft announced all Windows Phone 8 device owners worldwide can now back up full resolution pictures and videos to their SkyDrive account.