Today, Microsoft has detailed a list of new features coming to OneDrive for Business. It comes alongside news that the service was named a leader in "The Forrester Wave: Enterprise File Sync and Share Platforms, Cloud Solutions, Q1 2016" by Forrester Research.

With that news, the firm states that there's always room to improve, announcing a new update for the service. New features will be coming to the sync, browser, and mobile experiences.

Microsoft rolled out the Next Generation Sync Client back in December, but they are continuing to add new features. Here's what will begin rolling out today:

The firm also notes that the following features that will be rolling out this year:

There's also new features rolling out to the browser experience. Users will be able to remove files from the "Shared with me" view, allowing for a cleaner interface. You can still find the file by searching for it.

Microsoft is also promising to make it easier to share files with people outside of your organization. When you share a file with someone that doesn't have a Microsoft account, there will be a simpler process for creating one.

There's also a big update rolling out to Android and iOS, which will integrate Outlook with OneDrive for Business. Users will be able to share files that are stored in their OneDrive through email.

The Outlook app for Android will also get Office Lens integration, allowing you to scan a document and upload it to OneDrive for Business in one simple process. It also includes support for Office 365 Data Loss Prevention. This update will begin rolling out today and will be available to everyone within a week.

The OneDrive app for iOS will also see a richer sharing experience, including SMS, Mail, Outlook Mobile, Copy Link (both Edit and Read-only links), Invite People and others. Users will also be able to save files to OneDrive for Business from any app. Like the Android update, the iOS update will include support for Data Loss Prevention. The iOS update will roll out within the next week. 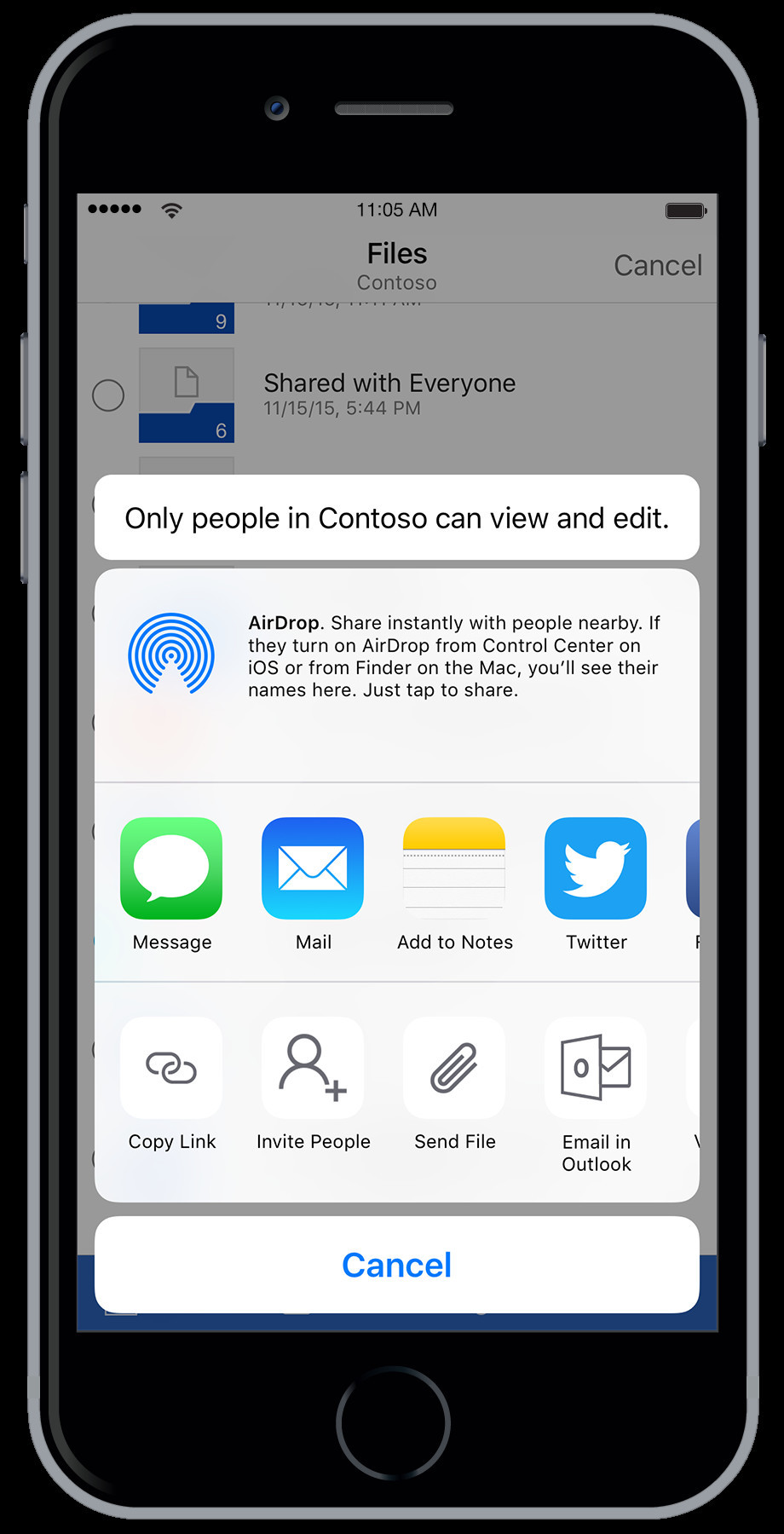 The firm promises that there's more to come. Office 365 is the new norm, so as the firm charges monthly or yearly premiums for software, they must continue to deliver value.

The OneDrive improvements come alongside new updates for Skype for Business on iOS and Android, which were also announced today.