While many may argue that the Windows Store is in a poor condition in terms of high quality apps and games, nobody can say that all of them are substandard.

To highlight this fact and the "outstanding work" of some developers over the past year, Microsoft held its first Windows Developer Awards this year. Today, the company announced the results of this competition.

The Windows Developer Awards 2017 highlighted several high quality apps and games in various categories, which are detailed below:

Ninja Cat of the Year

This "special recognition" award is granted to developers who create experiences that "reflect what Windows is all about". As such, this was awarded to the developers of Kophosight. The app, built using Unity on top of the Universal Windows Platform, automatically converts words to sign language by utilizing HoloLens so that both people in a conversation don't need to know sign language when communicating.

App Creator of the Year

As the name implies, this award is granted to people who creatively integrate the latest features of Windows 10, such as Cortana, Ink, and Dial, into their apps. DJ application djay Pro won this award for providing toolkits for DJs on various Windows 10 platforms such as desktop, touch, and the Surface Studio's PixelSense display. 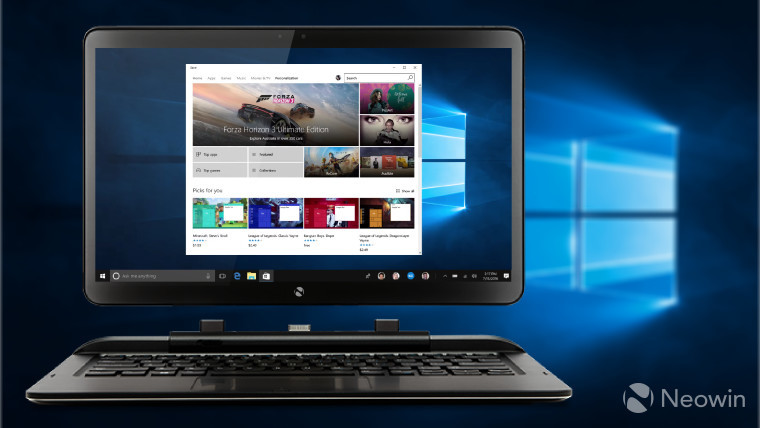 Game Creator of the Year

This award recognizes developers who create innovative and immersive games for the Windows Store, and for doing just this, Astroneer was granted this award. The game's description is as follows:

Astroneer is set during a 25th century gold rush where players must explore the frontiers of outer space, risking their lives and resources in harsh environments for the chance of striking it rich. On this adventure, a player's most useful tool is their ability to shape their world, altering the terrain and extracting valuable resources from planets, and moons.

Reality Mixer of the Year

This award is granted to developers who create mixed reality experiences that uniquely blend "digital and real-world content in creative ways". MyLab won this award for providing users an interactive view of the periodic table utilizing holograms. It allows people to view the structure of atoms and note the similarities and differences between them.

Core Maker of the Year

Core Maker of the Year award is offered to people who transcend traditional interfaces and integrate Windows with hardware such as drones and robots. As such, the award was granted to Nova Underwater ROV, an underwater vehicle that can be remotely controlled using Xbox controllers via a "power/network tether which runs through and out of the water to a control station on the surface," and was built using Raspberry Pi 3 with Windows 10 IoT Core.

You can check out further details on the company's dedicated website.