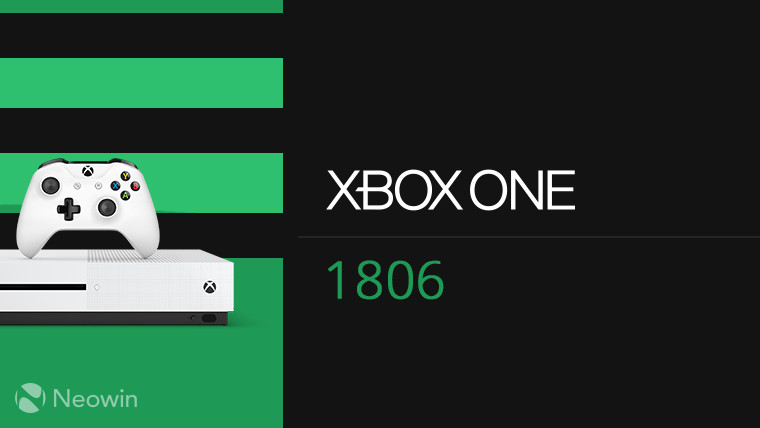 Today, Microsoft announced the next minor feature update that will be made available for the Xbox One family of gaming consoles. Version 1806 will be the latest in a series of monthly updates that followed the major 1804 feature update.

One feature that Microsoft included in the announcement is Groups, which was previously announced for 1805. This allows you to group apps and games into various collections, which sync with your Microsoft account, so they'll show up on various consoles.

Microsoft also made a range of improvements to Groups from the last round of previews:

With Xbox One version 1806, you'll be able to search for content from anywhere on the Dashboard by hitting the Y button on your controller. The console will also now be able to store multiple Wi-Fi passwords, making it easier to switch between networks.

As has been the case, Microsoft is continuing to focus on new accessibility features for gamers with disabilities, as the Narrator will now support Spanish, Portuguese, Polish, Swedish, and Dutch. There will also be new Family Settings, although Microsoft didn't go into detail on that.

The first Insider Preview of version 1806 will arrive for the Preview Alpha ring tonight at 6pm Pacific Time. The build will contain the following fixes:

Of course, there are also some known issues to be aware of:

The 1806 version number indicates that the update will be finalized in June. It shouldn't be long after that when we'll start seeing Insider Previews for the next major feature update, codenamed Redstone 5.