Microsoft has been slowly ramping up the hype machine for the new Surface 2 and Surface Pro 2 tablets, which were officially announced a month ago. On Tuesday, they go on sale worldwide, although pre-orders for both versions have been live for a month as well. 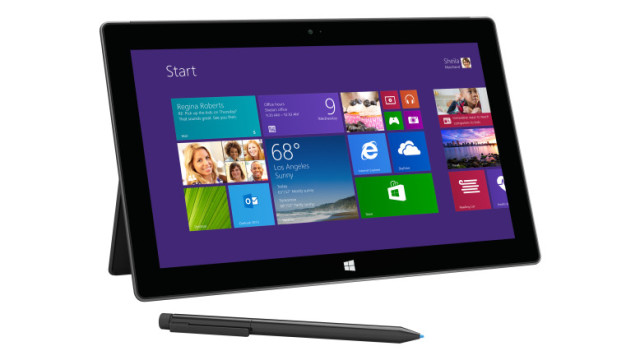 We wanted to get a few of our remaining questions about the Surface answered, and a Microsoft spokesperson offered up some responses via email. One of our questions was that pre-order supplies, at least on the Microsoft Store site, have been hard to come by. All of the new Surface models are currently scheduled to ship at least several days after Tuesday, and in some cases won't ship until Dec. 15.

We asked Microsoft if there were simply not enough Surface models made or did Microsoft decide to keep some in reserve so they could be sold in retail stores on Oct. 22. The spokesperson told us:

Our primary goal is to get Surface 2, Surface Pro 2 and new Surface accessories into the hands of all people who want the most productive tablets on the planet. As for specific numbers, we have nothing to share. What we can share is that the public response to date for Surface 2, Surface Pro 2 and new Surface accessories has been exciting to see and, for those still eager to buy, we recommend they go to MicrosoftStore.com, Microsoft Retail Stores and third-party retailers for availability. 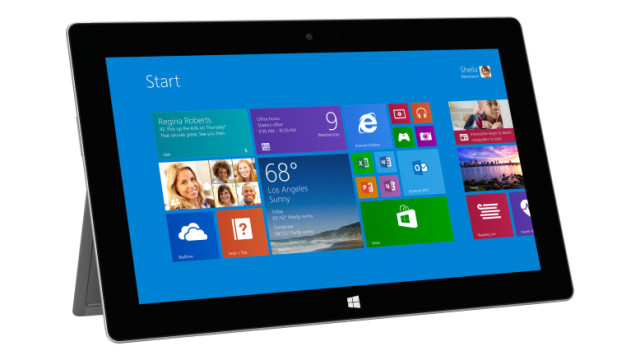 The Surface 2 tablet, along with the 1-year-old Surface RT, are currently the only tablets that are actively being sold that have Windows RT installed. We asked Microsoft if the company is confident that the OS will be supported by consumers with this new Surface 2 launch. Again, a Microsoft spokesperson told us:

Windows on ARM continues to be an important element of the Windows strategy. Microsoft is making Windows on ARM even better for both consumers and businesses by adding more features such as third-party MDM, workplace join and Outlook which is preinstalled along with the other Office apps – Word, Excel, PowerPoint and OneNote, with the Windows RT 8.1 update.

We received our answers before Microsoft announced that it had pulled the Windows RT 8.1 update from the Windows Store for older devices. Some people have asked why Microsoft doesn't use Intel's new Bay Trail processors for new Surface tablets, like many other OEMs are using for their own new Windows 8.1 products. Unfortunately, Microsoft bypassed answering this question when we posed it, with the spokesperson telling us, "In regards to future plans, we don’t have anything to share." 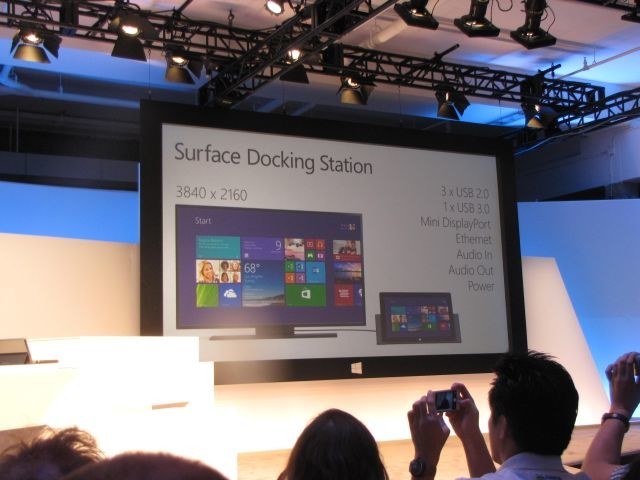 One of the accessories that was announced by Microsoft during the Surface launch was the docking station (due out in early 2014 for $199.99), which adds a number of ports to the tablets but only one Mini DisplayPort to connect the tablet to a larger monitor. Our editor Chris White wrote an editorial that took Microsoft to task for making the Surface docking station so expensive but not offering as much as other port replicators on the market. We asked Microsoft for comment and got the following response:

The Surface Docking Station is designed specifically for Surface, and brings immense value to the product by letting you quickly connect Surface Pro and Surface Pro 2 to desktop PC peripherals in a single step, taking you from laptop to desktop in an instant. While Surface Pro or Surface Pro 2 is docked, it connects with an external monitor, Ethernet, speakers and power supply. PC peripherals connect via its one USB 3.0 port and three USB 2.0 ports.

In March, Microsoft's head of the Surface team Panos Panay made a speech to a U.S. government summit where he basically said that the Surface RT was a tablet and the Surface Pro was a PC. With the launch of Surface 2 and Surface Pro 2, Microsoft's spokesperson told us that the differences between the two new products are basically the same as those of the first generation Surface models:

Surface 2 is the most productive tablet for personal use. Surface 2 is perfect for those who want an ultra-thin and light tablet with long battery life that offers a great entertainment experience plus the ability to get more done with Office products like Word, Excel and Outlook, have the option of multitasking apps and a variety of colorful and functional keyboards.

Surface Pro 2 is the successor to Surface Pro, and like its predecessor is a true laptop replacement, capable of running both Windows Store apps as well as hundreds of thousands of Windows applications. Surface Pro 2 is best for those who need Ultrabook performance and speeds in a tablet body. With the ability to run virtually any Windows-compatible program, its 10-point touchscreen with Wacom pen technology and enterprise-grade security, Surface Pro 2 is perfect for a number of enthusiasts and professionals.

Neowin will have our own full review of the new Surface models in the near future.