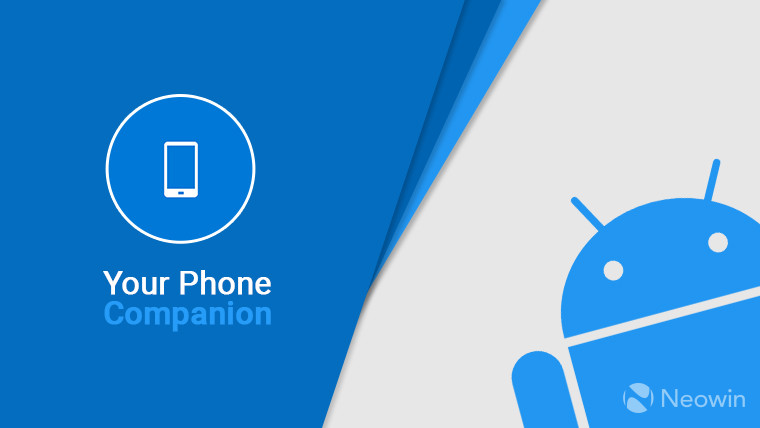 Earlier this week when Microsoft released Windows 10 Insider Preview build 18237 to the Skip Ahead ring, the company also announced that Microsoft Apps is being rebranded to Your Phone Companion on Android. Today, that change is live in the Google Play Store.

The Microsoft Apps app has existed on Android for some time, as a sort of directory for, you guessed it, Microsoft apps. Selecting one to install would direct users to the Google Play Store to download that app.

When Microsoft started testing Your Phone with Windows Insiders, the app directed users to install Microsoft Apps to link to their PC. It made sense to use Microsoft Apps, as while people are linking their phone to their PC, they also get a look at what Microsoft offers on other platforms.

Other than the name, pretty much nothing has changed in the app. Upon launch, you'll be greeted with a splash screen that says that Microsoft Apps is now Your Phone Companion, and the title has changed at the top of the app, but it still serves the same function.

To download Your Phone Companion, you can find it on the Google Play Store here.