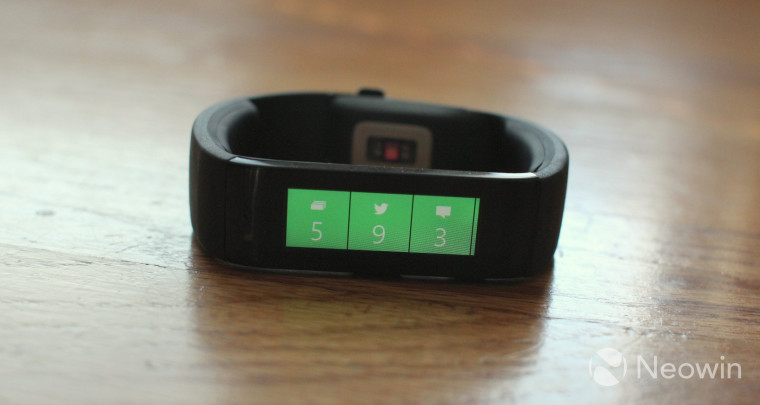 Microsoft released the Band over two months ago on October 29th and since then, the company has been building the devices as quickly as possible to fill the retail channels as the device sells out as soon as it hits store shelves. With the retail channels getting restocked over the weekend, one area that has not been touched to any significant degree is the software.

When we reviewed the device two months ago, we were bullish on the Band with the hopes that the software would be updated quickly. Seeing that Microsoft has been pushing out updates for nearly all of its products on a frequent basis, it's a bit surprising to see the Band being left behind.

The Band works on all major smartphone platforms, so updating the software is not a trivial task. But, the fitness market is quickly becoming crowded and if Microsoft isn't going to be pushing software updates as aggressively as for their other products, they could be overrun by competitors who are more nimble when it comes to supporting their devices.

We know that on the Microsoft campus, December is a slow time as many employees take time off and there is a general slow down to progress on updates. We can see this in the fact that the Xbox did not receive a monthly update and there was not a release of Windows 10 for the Insider program either.

Still, the device was released at the end of October and two months later, basic features, like being able to see a battery percentage without plugging the device in, are still not present. Or, the ability to 'clear all' notifications, which would go a long way to improving the user experience.

We hope that the company will push out updates soon for the device, but so far, they have been rather quiet about future updates for Microsoft Band.