You may recall that on March 12 a number of Microsoft's online services went down unexpectedly, which resulted in nearly 16 hours of outage for services such as Outlook.com, Hotmail, Calendar and SkyDrive. Today Microsoft has offered an explanation as to why the services went down, stating that the data center responsible for keeping these things running encountered a "rapid and substantial temperature spike".

Basically, the data center overheated due to a firmware update failure, according to Microsoft Vice President Arthur de Haan. Human intervention, alongside traditional software fixes, was required to fix the issues adding significant time to the restoration process; everything was fully restored by 5:43 AM PDT on March 13. 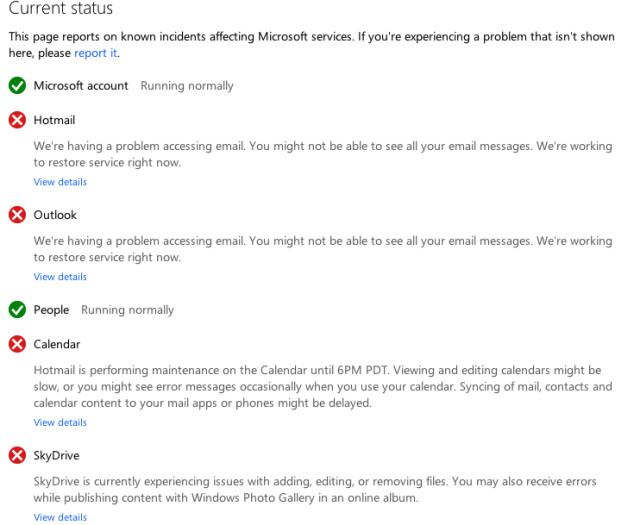 Yesterday wasn't green across the board, unlike today.

While Microsoft's online services have traditionally had exceptional uptime, this is the second disruption to the service in recent times, with the last outage occurring on February 1st.