After days of speculation that Microsoft was about to make their next big purchase Yammer, the WSJ reports that the company is planning to sell to Microsoft for more $1 billion, according to people familiar with the matter. Despite this, it's unclear when the company will make the announcement public.

The move comes just a year after Microsoft dropped a cool $8.5 Billion to purchase Skype. Yammer is a popular tool in the corporate world that isn't dissimilar from Twitter, and provides enterprises with a way to exchange short, effective messages internally in a secure manner. The screenshot below shows an older version of the web service in action.

According to a blog by Yammer in February, the service is used by 80% of Fortune 500 companies, so it makes sense as to why Microsoft would make this move.

There aren't many more details on the acquisition, but it's clear the company is attempting to strengthen it's arsenal in the social media arena. We're willing to bet that Yammer will be packaged as part of Sharepoint (and possibly the Office 365 suite) in the future. 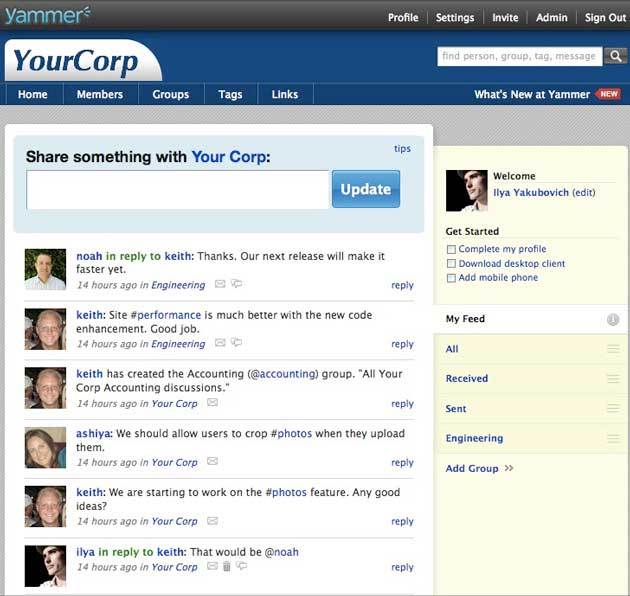