The free application (iTunes link), which allows users to view their Firefox desktop history, bookmarks and open tabs on the iPhone, signals Mozilla's first foray into the world of iOS applications. The app has been in development since last year and was first submitted to Apple for approval last month, on June 30.

To use the application, users are required to install Firefox Sync, a free add-on for the desktop editions of Firefox that will synchronize the user's web history, bookmarks and open tabs with the "cloud". Once installed, users will be prompted to create a Firefox Sync account that can be used to login to the iPhone app. Mozilla provide more detailed setup instructions here.

One thing should be made clear - the application isn't a version of Mozilla's popular web browser, Firefox, for the iPhone. While you can browse websites in-application, Mozilla uses Apple's WebKit API instead of it's own technology. Mozilla insists it has no plans to make such an app -- despite the recent approval of Opera's own web browser -- because of "constraints with the OS environment and distribution." 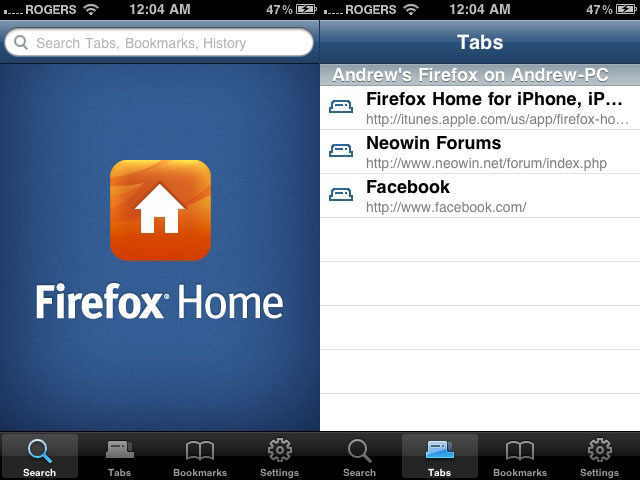