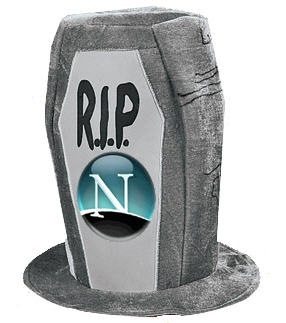 If you had a time machine (no, not that time machine) and went back to the 1990s and said that Microsoft would one day buy Netscape’s patents, most would have laughed at you. Fast forward to this morning when AOL announced that it will be selling 1 billion dollars worth of patents to Microsoft and that is exactly what is happening according to AllthingsD.com.

The information comes from that announcement where AOL said that it will be selling off stock of a subsidiary and according to reports, that subsidiary is Netscape. Not that we needed to rubber stamp that Netscape was dead but this effectively makes Netscape part of Microsoft.

“AOL didn’t disclose the name of that subsidiary in its press release, but a person familiar with the transaction has clued me in: It’s Netscape.

Microsoft will buy the underlying patents for the old browser, but AOL will hang onto the brand, and the related Netscape businesses, which make up a grab-bag of stuff these days: An ISP, a URL, a brand name, etc.”

While the brand name will not be transferred to Microsoft, everything that made Netscape tick will now be in control of Ballmer and company. In total, Microsoft bought 800 patents from AOL for a cool billion dollars and most of the money is expected to be returned to shareholders.