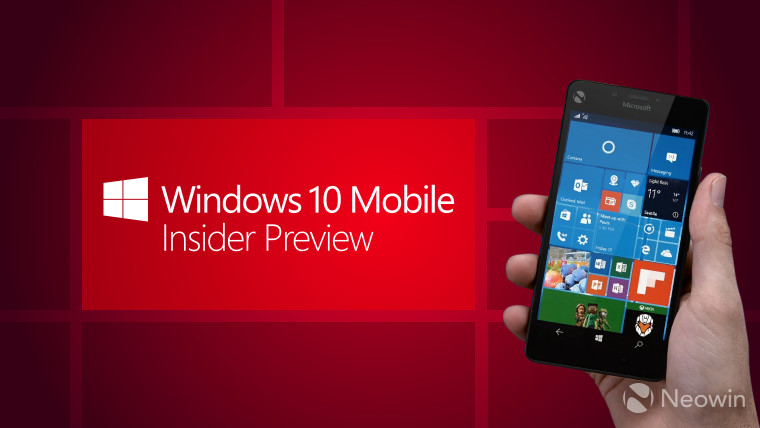 Today, the Windows Insider team had its monthly webcast, where it talked about deployment, the latest Fast ring build, OneDrive Files On-Demand, and more. Naturally, a big question from Insiders was when Windows phones will finally be moved from the feature2 branch to Redstone 3, which is the branch where PC builds are coming from.

The answer was, it's not (first spotted by Rich Hay). As many had suspected, feature2 is the branch where the next Windows 10 Mobile update will come from. Ever since we began receiving updates from the branch, there have been no new features, and many have speculated that it's a "Windows Phone 7.8-style" update that will essentially end the lifecycle for existing hardware, or at least most of it.

That would be followed by Cshell, an adaptable version of the shell that's responsive to different device sizes and form factors, and might be exclusive to new hardware. In fact, we got a peek at Cshell last week, after build 16212 for phones was accidentally released.

Presumably, when feature2 is finalized, it will still be known as the Fall Creators Update. It will just have come from a different branch, and of course, it will contain far fewer new features than the PC update that comes from Redstone 3.