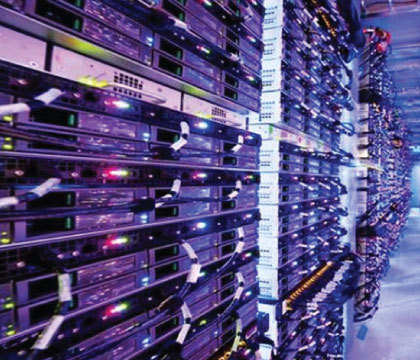 On Monday, The New York Times posted an article on its website that was highly critical of Microsoft's use of power for a data center based in Quincy, Washington. Now Microsoft has responded to the article with a more detailed post on its Global Foundation Services blog.

The blog post, written by Microsoft's Brian Janous, the company's Utility Architect for Data Center Advanced Development, at first responses to an earlier story posted on the NYT website, which claims that data centers from Microsoft, as well as other companies, waste a large amount of energy in general. The article said, "Online companies typically run their facilities at maximum capacity around the clock, whatever the demand. As a result, data centers can waste 90 percent or more of the electricity they pull off the grid."

While the article identifies the key issues of efficiency and utilization, it conflates these two key but distinct challenges, wrongly implying that underutilization of servers in data centers equates to unneeded consumption of massive amounts of energy.  In doing so the article fails to recognize that not all data centers are created equal, nor are the operations and software applications running inside those data centers equally utilized.

Janous then comments on the second article published by the NYT, which claims Microsoft used lots of electrical power at a data center in Quincy, Washington simply to avoid paying a fine to the local power utility. Janous states, "The article uses what we believe are a few isolated situations to paint a negative picture of the relationship between big data center operators, including Microsoft, and the local community."

One section of the article implies that Microsoft has run its diesel backup generators in excess of what is required to provide safe, reliable power to our data centers. We would respectfully disagree. Diesel generators are a costly alternative to grid-supplied power. The cost to run generators is several times higher than power purchased from the grid. And that doesn't account for the costs associated with purchasing, installing, and maintaining the generators.

Janous also says that Microsoft is looking for more and better ways to power its data centers, saying that two of its facilities in other locations are either built or being designed without any backup generators.