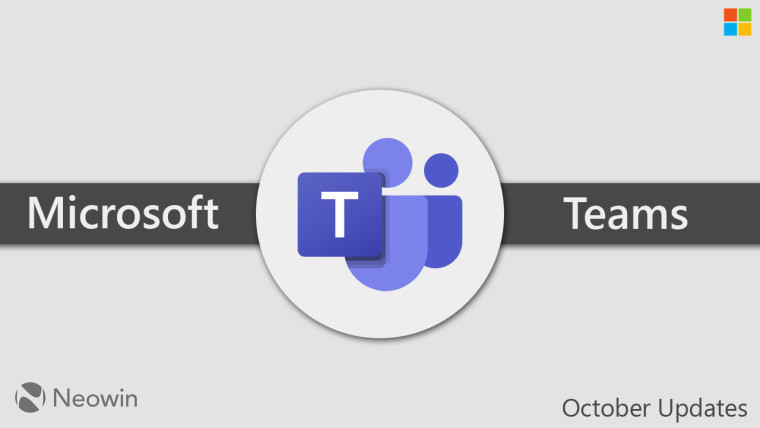 In line with the monthly schedule, Microsoft has detailed all the new features added to Teams in the month of October. The list is extensive this month with updates ranging from new meetings and calling experiences such as live transcription with speaker attribution, the general rollout of the new Spotlight feature, recording improvements, and more. There are also improvements to the file-sharing experience, and much more.

First up are the updates to the meeting capabilities. The Redmond firm has added live transcription capabilities with speaker attribution to make it easy to associate statements to the right attendees. The Spotlight feature that lets presenters lock video feeds in meetings is also generally available. The ability to hard mute attendees preventing them from unmuting their mics, especially useful in classroom scenarios, has also rolled out completely this month. The hard mute and Spotlight features are also being added to Teams Rooms. Whiteboard in Teams is also receiving some features, with users now able to present whiteboard content in read-only mode to gain control of the content and allow for edits when necessary. 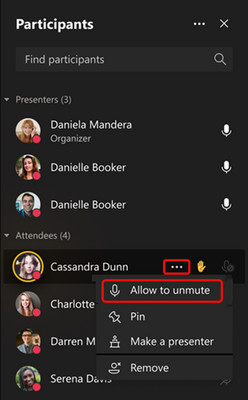 There are improvements for users that use Teams feeds for broadcasts with advanced production options. With Network Device Interface (NDI) support, users can now stream specific meeting feeds to video streaming tools for better control in professional streaming setups.

As for improvements to recording meetings, admins can now set meetings and call recordings to be stored in OneDrive for Business or SharePoint locations, letting users access, manage, and share these recordings easily. Meeting organizers can also download participant reports in chats to analyze attendance and other participant stats. Lastly, there are some updates to meeting policies that now allow for incoming and outgoing video to be blocked by admins.

Next up are changes coming to chats and collaboration features. Users can now pin important posts to the top of the channel for easier access. The new ‘Offline’ status is also available in addition to the ‘Busy’ and ‘Do not disturb’ statuses, letting users set themselves to completely unavailable. The company is also bringing a new file sharing experience that lets users set access permissions for a file stored in OneDrive or SharePoint right from a chat screen when attaching the file. Users can also create shareable links for files stored in Teams. There are updates to SharePoint pages to allow for the easy addition of pages as tabs in the collaboration tool.

Other improvements include a revamped notifications settings page with better categorization, language-aware spellcheck that automatically switches to the desired language to check for errors based on the text, and the new 'templates' feature that enables users to set up a new Team with less work using pre-defined industry templates.

Microsoft also announced a host of features being added this month for education users. These include anonymous grading and marking for Assignments to avoid any kind of student bias and the ability to view assignments across all classes in the Assignments section. There is one new feature for first-line workers too. IT admins can now configure Teams to alert users when they try to access the tool outside of working hours, helping employees adhere to regulations.

The company has also posted the features and enhancements being made for Government and Healthcare customers, which you can read in the blog post here. There are updates for developers and the platform itself, including a new Power Automate app for Teams, the ability for companies to brand their line-of-business apps in the tool, and a new publisher verification service for developers to verify their apps with IT admins. The company also noted the availability of the new native Teams app for ARM64 devices such as the Surface Pro X.

Rounding it off is a new section called Teams App Spotlight this month where the company highlights third-party apps for the platforms. The debutant this month is an app called Clio, which you can check out here.