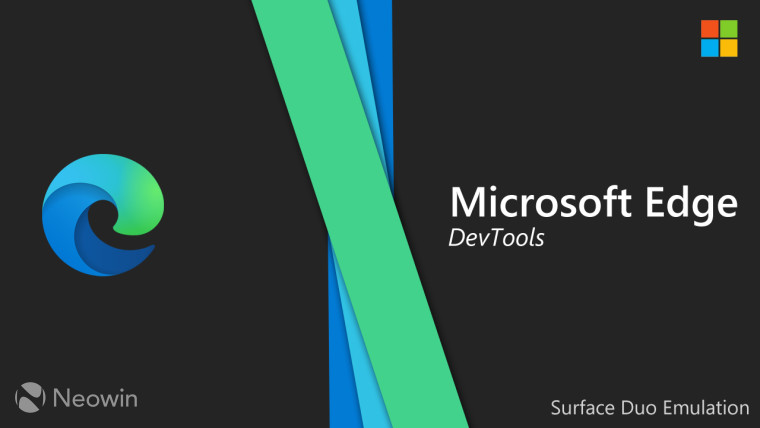 Microsoft began narrating the developer story around its dual-screened devices late last year. The company talked about development on the now delayed Surface Neo and the Android-powered Surface Duo, including native app development and web development to leverage the form factor of these devices.

Additionally, the Redmond giant was also spotted committing code to the Chromium open source project (spotted earlier by WindowsLatest) to bring dual-screened emulation to Chrome browsers. The code was spotted earlier last month which would help web developers test the behavior of their web apps and sites on such form factors. Now, the firm has begun rolling out support for Surface Duo emulator on the stable version of the Microsoft Edge browser.

While the roadmap page lists the feature as rolling out with a release completion set for July 2020, support for the Duo emulator can currently be enabled on the Canary, Dev, and Beta branches of both Edge and Chrome. The developer tools page provides the option to emulate the Surface Duo as well as the Galaxy fold. Enabling the ‘Emulation: Support dual screen devices’ also enables a span icon that introduces the hinge in the dev tools emulator for the Duo.

To try out the emulation, users can perform the following steps:

Developers can also remotely debug their web content on the Edge app in the Surface Duo Emulator. With Surface Duo reportedly set for launch soon, it wouldn’t be surprising to see the company push for web technologies that leverage the dual-screened form factor. The company has also proposed new web standards for dual-screened layouts.

While native Android applications may not be suitable yet for such a form factor owing to its nascency, PWAs (Progressive Web Apps) that require fewer tweaks can greatly improve the user experience and bring about other benefits such as being cross-platform and lightweight in nature.

It will be interesting to see how the company moves forward with its efforts and contributions to enhance web experiences on dual-screened devices. With Windows 10X now aimed at single screened devices and the Neo delayed indefinitely, the Duo will mark the firm’s foray into this kind of a form factor.