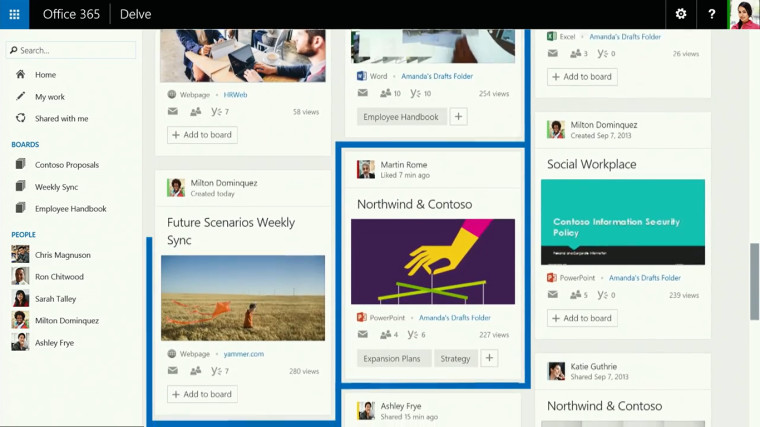 Office Delve is getting a new feature called boards for better content organization and sharing.

Microsoft launched Delve for Office 365 users last year, to enable content discovery using Office Graph and machine learning. With Delve, users get access to relevant documents and content, and to make it easier to organize this content Microsoft has now introduced the boards feature.

Using boards, which is conceptually similar to Pinterest's boards, the users can store all the related content under a specific board which can further be shared with others. The boards can have multiple contributors based on permissions given by the owner.

According to the Office blog, Delve currently supports the content from "OneDrive for Business, SharePoint Online team sites and the new Office 365 Video portal," with more sources being added in the near future. Office 365 customers who already have Delve will have access to the boards feature, while rest of the customers will be getting Delve in the coming months.