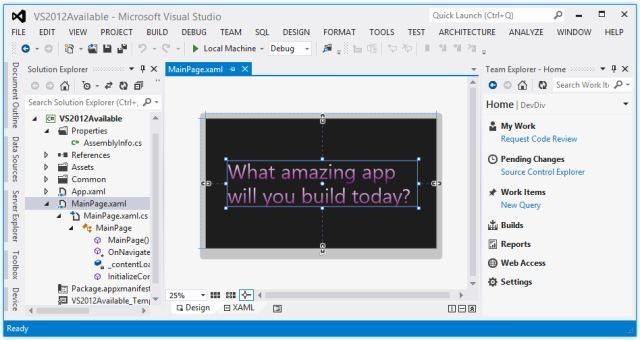 Matt Gertz, development manager for Visual Studio's managed languages, has made a detailed post about 'Roslyn' compiler which is expected to hit RTM in the near future.

According to Gertz's post, Microsoft is looking to replace the traditional compilers for VB and C# by implementing 'Roslyn' which is aimed at providing 'compiler as a service' or CaaS. Roslyn is expected to introduce a more open model for compilation allowing developers to reach inside the compiler itself and get detailed information about solutions and projects. The project aims at lowering the effort and cost of development.

Roslyn includes versions of the C# and VB.NET compilers written in the languages themselves. The compilers are available via the traditional command-line programs in addition to the APIs available natively from within .NET code. It exposes modules for analysis of code, semantic analysis, dynamic compilation to CIL, and code emission.

The project has been in development for quite some time and was initially expected to be released as an update to Visual Studio 2012 which was launched in September of 2012. However, it hasn't yet made it to the mainstream even after the launch of Visual Studio 2013 and is only available as a CTP. Apologetically Matt notes that, "Yeah, we do feel a bit embarrassed about that. Yes, we’ve been a little quiet. No, there was nothing wrong going on here, things were actually going extremely well."

Though the blog post fails to provide a fixed time line for the launch of 'Roslyn,' Gertz mentions that they are on a fast track to release the CaaS project as soon as possible and a more detailed official announcement would be made from the company in the near future.