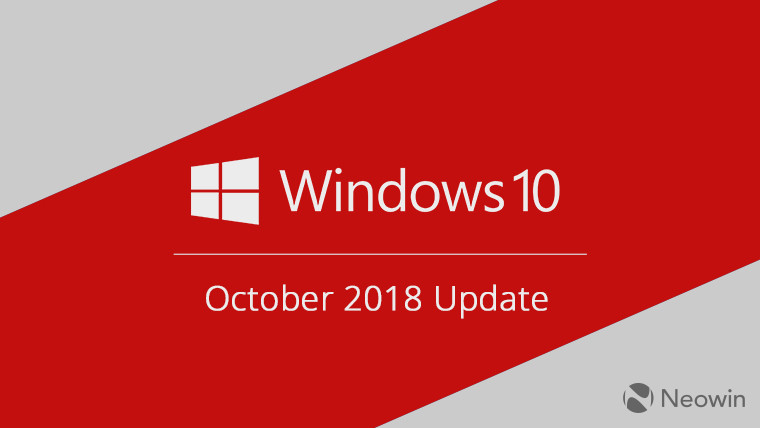 After Microsoft pulled the October 2018 Update from public rollout due to a data deletion bug, the company has now slowly started flighting the update back by first testing it within the Insider Program to check for any other bugs. Also included this time around was the Release Preview ring, which Microsoft had entirely skipped over, initially.

Today, the company is releasing another cumulative update (KB4464455) - following that released on Patch Tuesday last week - to Slow and Release Preview ring Insiders on the Windows 10 October 2018 Update. It brings the build number up to 17763.104. The update adds no new features, as expected, and only contains a list of fixes and optimisations:

Of note here is the fact that Microsoft has finally fixed the bug in Task Manager which we reported on after the release of the October 2018 Update. It has also made some much-needed progress in fixing driver compatibility issues, considering the initial release was plagued by issues pertaining to audio and other drivers.