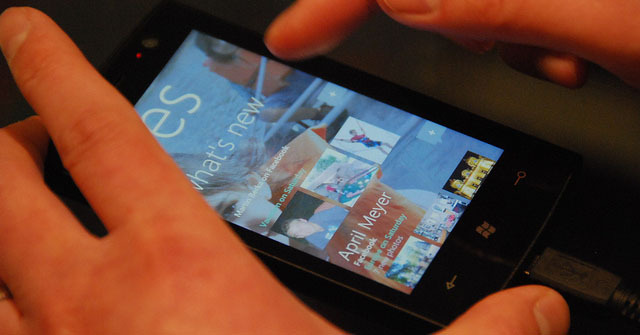 A slide shown during yesterday’s ReMIX event in Paris clearly states that Microsoft is predicting incredible sales of the forthcoming Windows Phone 7 platform. The number given is 30 million handsets sold through the end of 2011. This is ambitious for any mobile platform, let alone one that is unproven and still months away from release.

For comparison’s sake, this is more than double the total first year iPhone numbers, but 3 years into the products life cycle, Apple has sold a purported 51+ million. Solid Android sales numbers are harder to come by, but if Google is to be believed, it are now outselling the iPhone. While the smartphone category is quickly expanding, can Microsoft really swoop-in and match the two heavily entrenched market leaders?

Engadget clarifies that this 30 million number doesn’t even account for other Microsoft-backed handsets, such as the recently released KIN lineup. MobileTechWorld points to Microsoft’s claim that smartphones will account for 40 percent of the handset market in 2011, as opposed to a 14 percent share in 2010, as a motivating factor for this bold forecast of Windows Phone 7 sales.