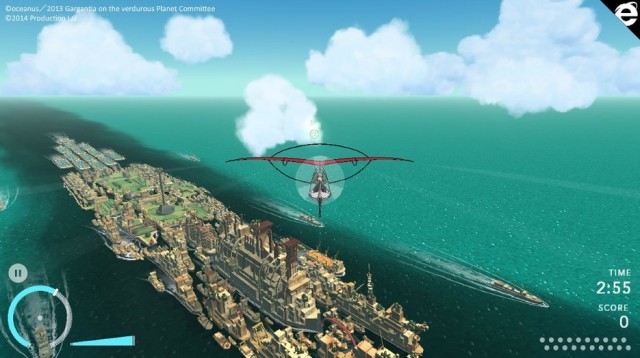 Microsoft loves to showcase its browser in many unique ways and we can't blame them, considering the browser is likely among the most-used application on many computers. So, to show the world that IE is no longer the browser you love to hate, they have been releasing various projects that have traditionally not been built for the web and showcasing them with IE.

This time around, Microsoft is working with Japanese anime studio Production I.G to launch Gargantia: Sky Courier in the browser. While we know not everyone is a fan of anime, this series is one of the most popular in Japan, so it has a loyal (and large) following.

Sky Courier is an interactive game with two modes, story and mission. As you can see from the screenshot, it sticks to the traditional anime style and should provide fans with hours of enjoyment.

The game was built using the Turbulenz Engine, which is open source, and Microsoft is also putting the code for the game up on GitHub. If you want more technical detail, you can head over to Modern.ie which has a breakdown of the technology and how it was utilized to build this game.

With browsers becoming a more integrated part of the modern workplace and at home, Microsoft has a vested interest in making sure that IE is capable of handling these modern applications. While Microsoft likely hopes that these types of projects show that IE is an extremely capable browser, they are facing strong competition from Google with its Chrome browser.