We came away pretty impressed after our time with Samsung's Galaxy S5, and while it wasn't quite perfect, there was a lot to like about the device. Indeed, with a 2.5GHz quad-core Snapdragon 801 SoC and 2GB of RAM, it's one of the most powerful handsets on sale, and its 16MP camera, and 5.1-inch Full HD (1920x1080px) Super AMOLED screen didn't leave us wanting for much either. 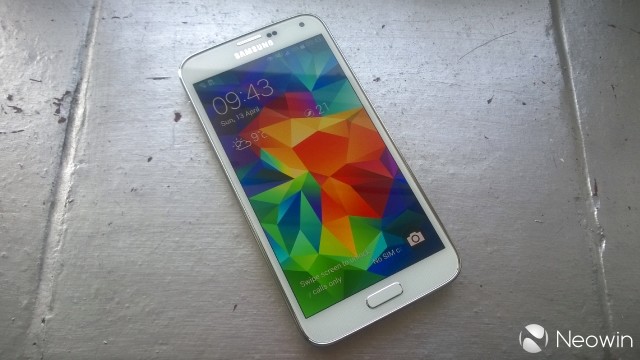 But some people just want more, and as avid technophiles, we can certainly empathize with that. So if the original Galaxy S5 was just too tame for your outrageous mobile needs, it's perhaps no surprise that Samsung has launched a new variant of its flagship smartphone just for you.

Samsung announced its new Galaxy S5 LTE-A today, and as the name suggests, this latest version of the device includes support for 4G LTE-A networks (or LTE Advanced, sometimes referred to as '4.5G'), offering download speeds of up to 225Mbps. Very few carriers around the world support LTE-A yet, but some - such as Australia's Telstra and EE in the UK - are already working on deployments. 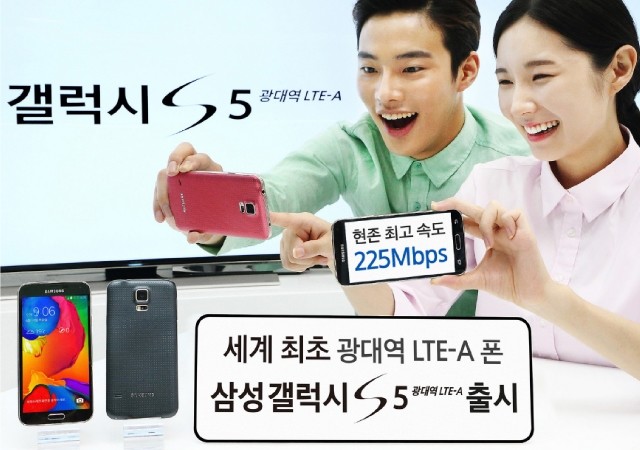 LTE-Advanced is more widely available in South Korea, where the newest S5 variant has launched - and where it may well remain, as the limited availability of LTE-A makes it unlikely that the company will launch the device in other markets. Given the rest of the handset's specs, that may well make you a little bit jealous of our Korean friends.

The S5 LTE-A is the first Samsung handset to feature a Quad HD (2560x1440px) display, bringing it in line with LG's recently launched G3. The Samsung device offers greater pixel density than the G3, thanks to its slightly smaller display, offering 577ppi, versus the 538ppi of the LG's 5.5-inch screen.

The new Samsung is also the world's first handset to go on sale with Qualcomm's Snapdragon 805 chipset, featuring a 2.7GHz quad-core CPU and 500MHz Adreno 420 GPU, paired with 3GB of RAM.

Are you planning to buy the new Galaxy S5 LTE-A in Korea? Or are you elsewhere, hoping that it will launch in your part of the world? Or is there another device entirely that you've got your eye on? Be sure to let us know in the comments below!