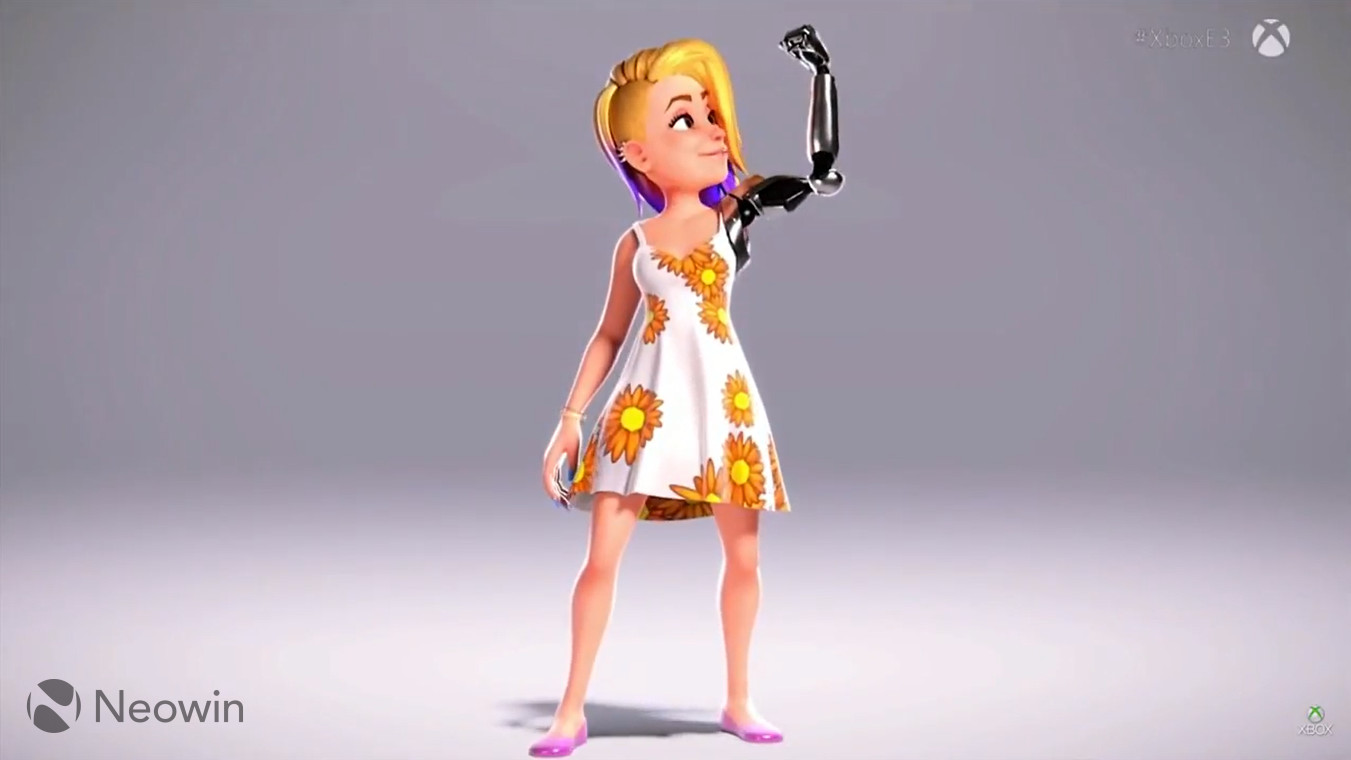 It was early 2015 when Microsoft first hinted at an upcoming revamping of its Xbox Live Avatars. According to two job listings posted at the time, the company was looking for bringing avatars to "the next level", boasting "higher fidelity". About a year and a half later, Xbox chief Phil Spencer responded to tweets from users requesting the addition of wheelchairs to avatar customization options, affirming "This is something that we've already looked at, not far off."

In fact, the next day Mike Ybarra provided the first sneak peek at the upcoming new Xbox Live Avatars, with the release of an image of how the avatars will look like with wheelchairs. But until now, Microsoft didn't share any information about when the new avatars would be available for users.

Today's E3 2017 daily briefing has just changed that, though. As can be seen from the video announcement below, the new Xbox Live Avatars will be released this Fall and will feature better graphics and a lot of new customization options.

As expected, avatars will have better graphics and users will be able to add wheelchairs to avatars, among other accessories. Also, MSPU claims "all clothing is now going to be gender neutral", which means your avatar will be able to wear anything available in the store.

What do you think about the upcoming update to Xbox Live Avatars? Share your thoughts with us in the comments below!