Microsoft has released three new patches for Windows 10 Technical Preview users and you can download them now by going to Windows Update in the Settings app and having the OS look for new patches. This was expected as Gabe Aul said there would not be a new build until late February, but that users should receive some new patches via Windows Update. 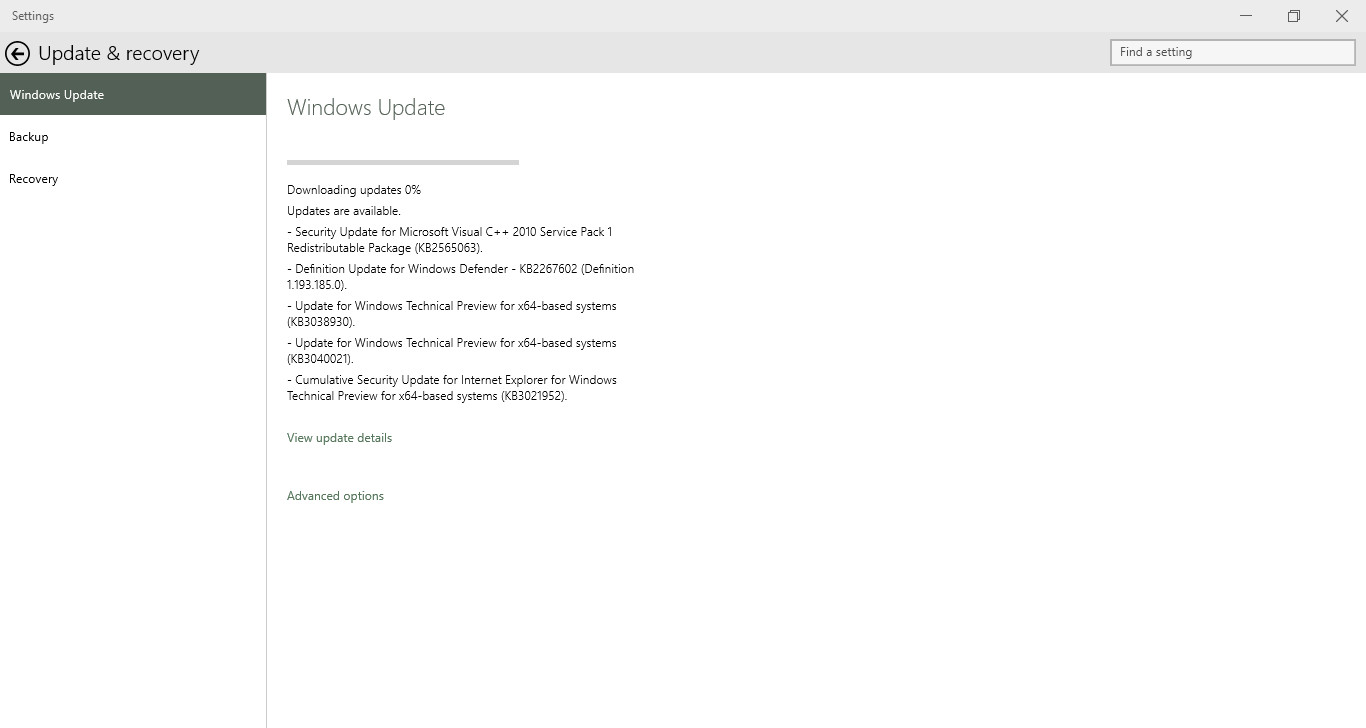 The patches are numbered KB 3040021 and 3038390 for the general hotfixes, and KB 3021952 for the Internet Explorer security rollup. The details are not available yet at the time of writing this post, but they will be up shortly, so if you want to dive into them, we'll keep an eye out for them and update this post with the links.

While we do not expect any major issues with this download, but do let us know in the comments below if you run into any problems. Based on Gabe Aul's tweets, the updates also include the necessary changes to prepare users for a new build.

2 more hotfixes going out to #WindowsInsiders running 9926 today to prep for next build: https://t.co/0XwB5KN8iJ https://t.co/jP9ACKniuf

UPDATE 2: The new build released to Insiders will be from the fbl_impressive branch, so definitely a 100xx build, as one of the updates changes the registry settings accordingly.