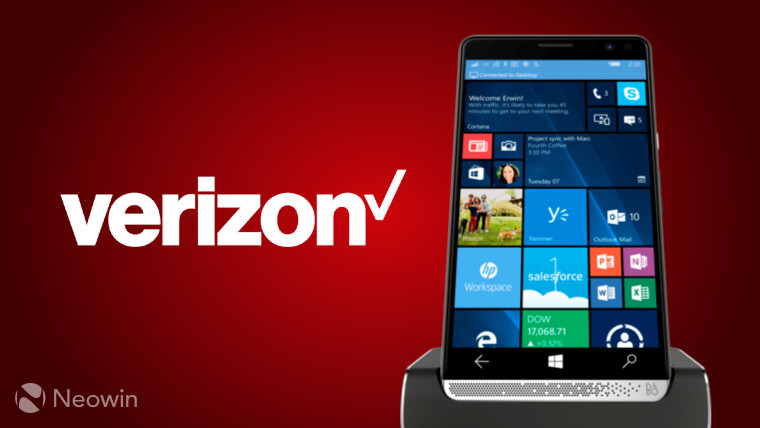 Even though HP's Elite x3 Windows phone launched well over a year ago, rumors of a Verizon-compatible flavor started floating about over the summer. Those rumors seemed to be confirmed when Microsoft announced which phones would get the Windows 10 Mobile Fall Creators Update, and the Verizon Elite x3 was on it, even though it's never been formally announced.

Today though, the handset actually showed up on the Microsoft Store, priced at $599. Interestingly, the unlocked GSM model is back up to $799, after being priced at $599 for months.

Other than the cellular radios, the Verizon Elite x3 is exactly like the unlocked one. It includes a 5.96-inch 1440p AMOLED display, a 16MP rear camera, 64GB of internal storage, a fingerprint reader, and iris recognition. The device also comes with the Desk Dock, HP's docking solution for connecting the phone to an external display and peripherals for a desktop experience, which Microsoft calls Continuum.

You can check out the HP Elite x3 on the Microsoft Store here. According to the fine print on the listing, the promotional price tag of $599 will only last until November 20.