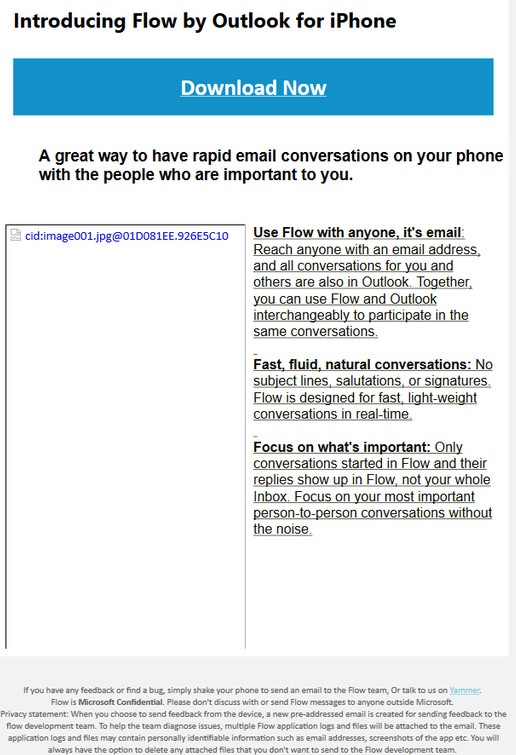 Earlier today, a new app being built by the folks in Redmond was uncovered and it is called Flow. Unlike the usual leaks, this one came with a bit more information than the typical bits we see around the web.

In an effort to learn more, we pinged a few sources at Microsoft who provided a little more insight about the app.

Flow is still early in development and as the description says, this is indeed a way to have a quick conversation with anyone and you only need their email address. The app works with more than Outlook as well, currently you can use a Gmail email account too; our sources did not agree on what was powering the backend, it could be IMAP or POP3.

?The interface of the app looks like a traditional chat application and at this time supports group chat and sending of pictures too; video chat is not supported at this time.