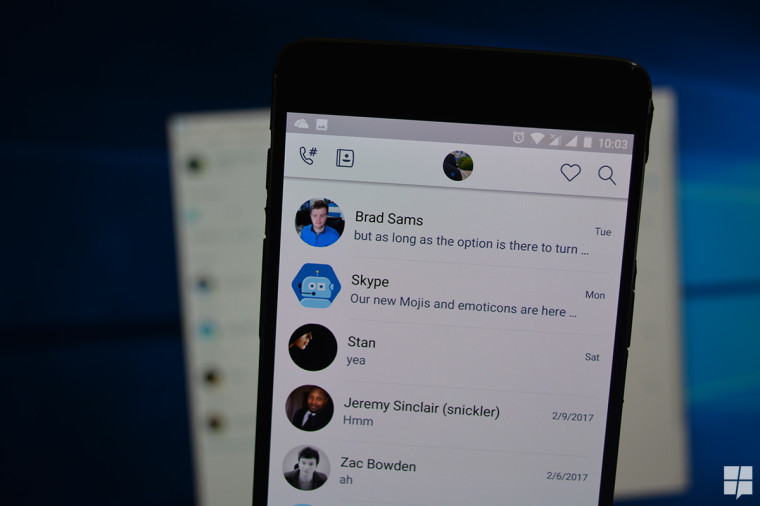 Microsoft has been working on modernising its Skype platform for a multiplicity of devices and platforms for a few years now and while it had made many strides, there are still some issues to be fixed. The company already has big plans for turning Skype into your go-to communications hub on Android with calling and SMS built-in to the app; but while those efforts continue, Microsoft is still working on improving the existing client. 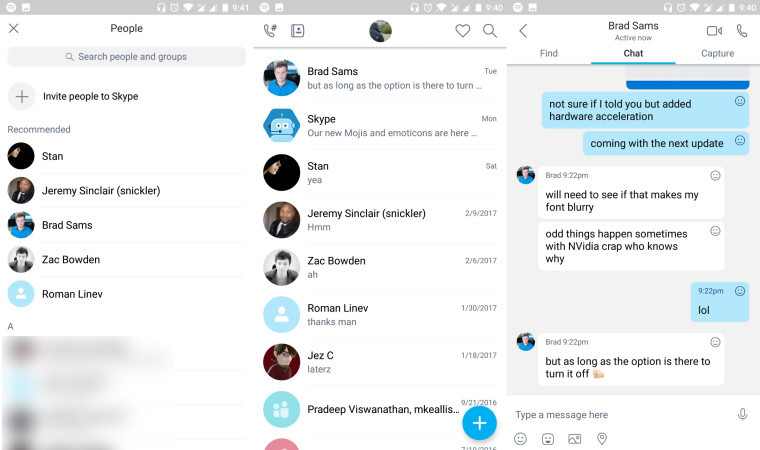 This comes in the form of a massive overhaul of the app, which has already been pushed to those in the Skype Insiders program on Android. As part of the overhaul, the design of the app has been revised, with many inspirations from the Universal Windows App, bringing greater consistency in the design of Skype across different platforms. The icons and the layout of the app have been updated and Bing is now integrated natively into the app. 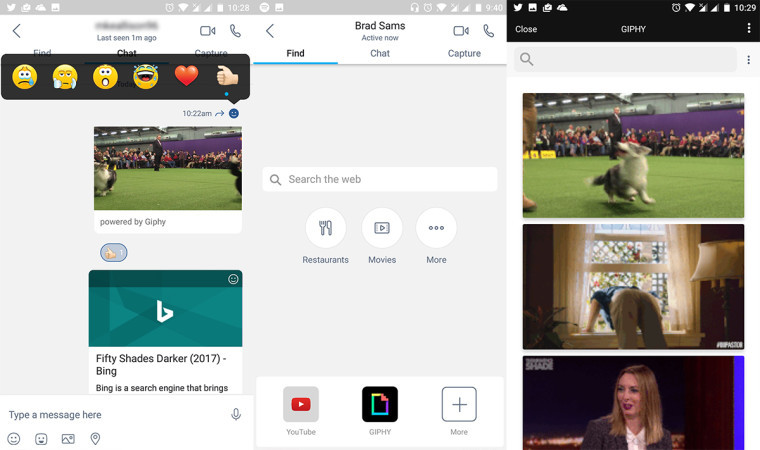 Bing will have its own 'Find' tab in the chat UI and allow you to search for content from within the app, letting you easily share the results with the touch of a button. Moreover, you can insert GIFs via Giphy and also react to a specific messages with a host of options similar to Facebook's 'Reactions'.

If you're interested in checking it out, you can sign up to the preview here and then proceed to download the Skype Preview app from the Play Store.