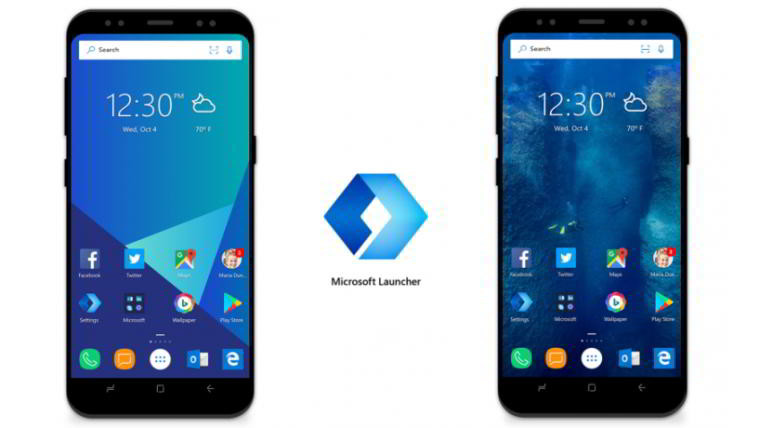 Microsoft's hardware event today saw the release of a few new devices, including the new Surface Pro and Surface Laptop. But a few software-related announcements were also made on stage. In addition to the release of the Windows 10 October 2018 Update, the company also made announcements regarding some of its apps and services.

For starters, Microsoft Launcher 5.0 is rolling out to beta testers today, featuring a completely revamped Feed page and the long-awaited Timeline integration. The Feed will now consist of three tabs: Glance, News, and the aforementioned Timeline, which can be laid out in any order the user prefers.

The latter works as you'd expect, giving you access to recent activities, such as documents or web pages, from all your synced devices. News is essentially the same as the widget that's previously been part of the Feed page, which you can customize to display topics of your interest. Meanwhile, Glance retains most of the remaining functionality carried over from previous versions, including built-in and custom widgets. The Calendar in this page has also been redesigned, but the 'to-do' section still connects to Wunderlist rather than Microsoft To-Do, with Microsoft saying they're working on integration with the latter. As a reminder, you can download the launcher from the Play Store, though the new features are only available in beta for now.

To-Do is, however, coming to Outlook, both in the mail and calendar sections. You'll be able to manage your tasks from a sidebar on the Outlook web experience, and they'll also show up in your calendar, though this presumably only works if tasks have a due date.

Lastly, Your Phone, which is available to everyone today with the release of Windows 10 version 1809, is also getting major improvements in the future. In addition to the already existing features, such as photo and SMS text message syncing, you'll be able to fully mirror your phone's screen on the computer. Presumably, this is exclusive to Android devices, since Apple tends to impose more limitations on what apps can do, but Microsoft didn't clarify. Also unclear is when we can expect the feature to become available in the Your Phone app.