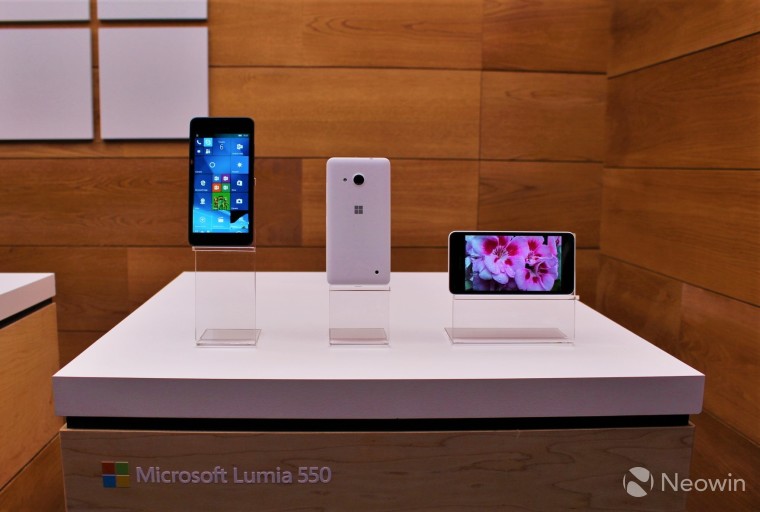 Microsoft’s Lumia 550 smartphone is set to launch before the end of the year and retailers are now beginning to take pre-orders for the handset. After its reveal last month, the budget device will go on sale in the United Kingdom shortly after the company's flagship handsets become available there.

Three retailers are now taking pre-orders, each with varying pricing and delivery dates. Carphone Warehouse offers the lowest price point, with an unlocked unit priced at £89.99, and an estimated ship date of December 8th. Online retailers Clove and Unlocked Mobiles are also taking orders, but at a higher £94.80 and £94.98 respectively, and delivery promised two days later. Carphone Warehouse also offers the device with varying contracts, which are detailed on their site.

The Lumia 550 was revealed last month at Microsoft’s October devices event, but was only briefly mentioned, with just 30 seconds devoted to the device at its announcement. Since then, little has been shared about the handset, with the focus remaining on the flagship Lumia 950 and Lumia 950 XL.

The handset arrives later this year in many markets, and is designed for the upcoming Windows 10 Mobile operating system. Powered by a 1.1GHz Qualcomm Snapdragon 210 processor and 1GB RAM, the device provides a budget entry to the Windows 10 ecosystem.