In 2021, Microsoft experimented with a new Workspaces feature that allowed users to rename separate Microsoft Edge windows, assign colors to each, and toggle between spaces using the tab strip. Shortly after brief testing in the Canary channel, Microsoft removed Workspaces from the browser without any explanation or official announcement. Now it appears that the feature might be coming back to Edge.

As spotted by Leopeva64-2 on Reddit, one of the recent Edge Canary updates introduced a new toggle in the Appearance settings. It lets customers enable or disable the Workspaces button on the toolbar like many other modules, such as Math Solver, Tips, etc. Initially, Microsoft put the Workspace button in the upper-left corner of the browser, but it is currently unknown where developers want to place it this time. Although present in settings, the toggle for enabling or disabling Workspaces does not work. 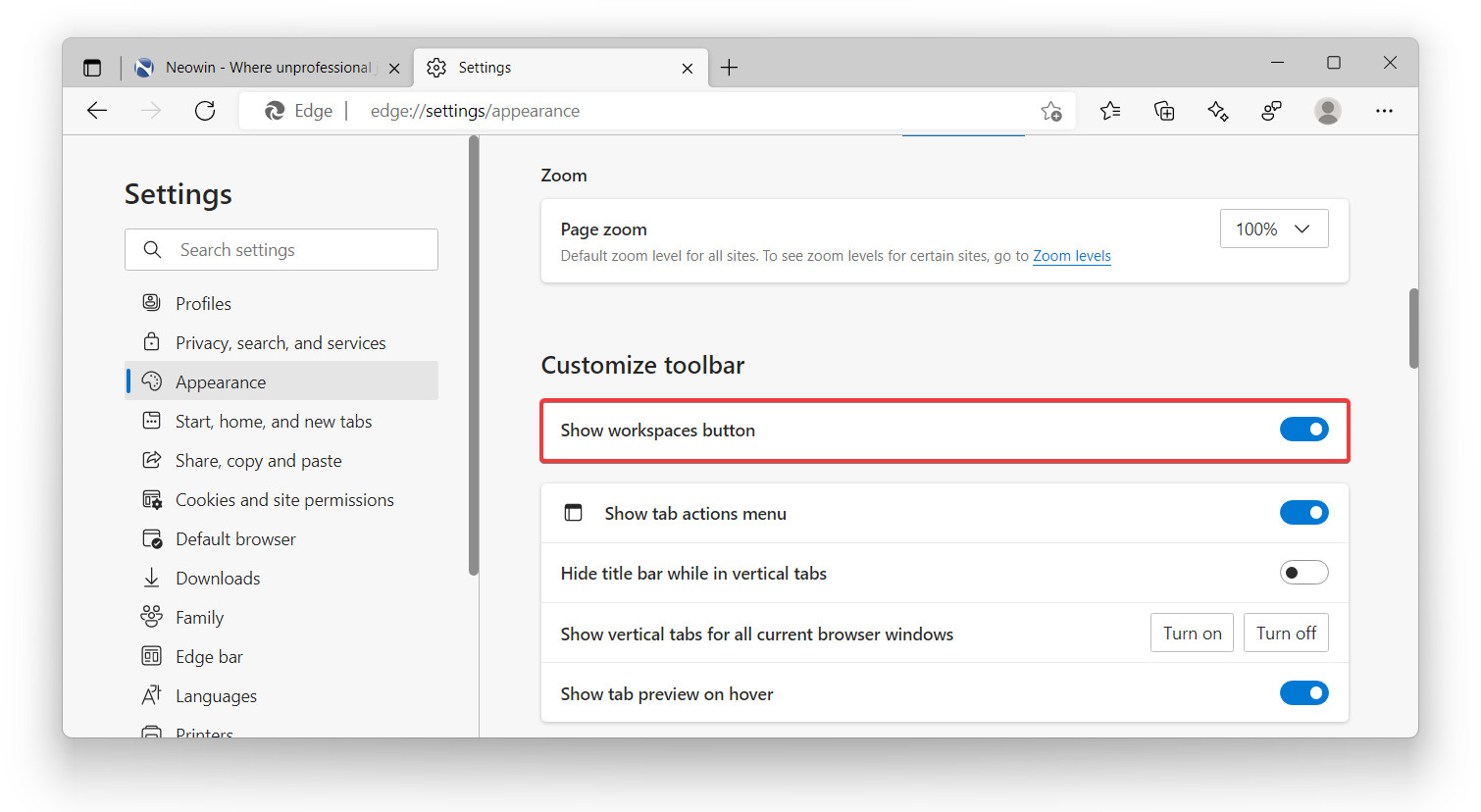 You can check out the new toggle in the latest version of Edge Canary. Note that Microsoft rolls out early and experimental features in "waves", which means not all Canary users can access the newest changes right away. Also, "new features" in the Canary channel sometimes are just bugs or development side effects not intended for the public release.

At this point, we need to sit back and wait for Microsoft to acknowledge Workspaces in Edge. On paper, it looks like a neat feature for those who want to separate tabs in the browser into theme-specific spaces. Alternatively, you can use tab groups for the same purpose.