A few weeks ago, rumors hit the Internet that Microsoft was going to rebrand their free Office Web Apps to Office Online just after the company launched a new UI for the apps. Now a new web page on Microsoft's Office site has gone live that flat out shows the Office Online brand and compares its features to the paid consumer subscription versions of Office. 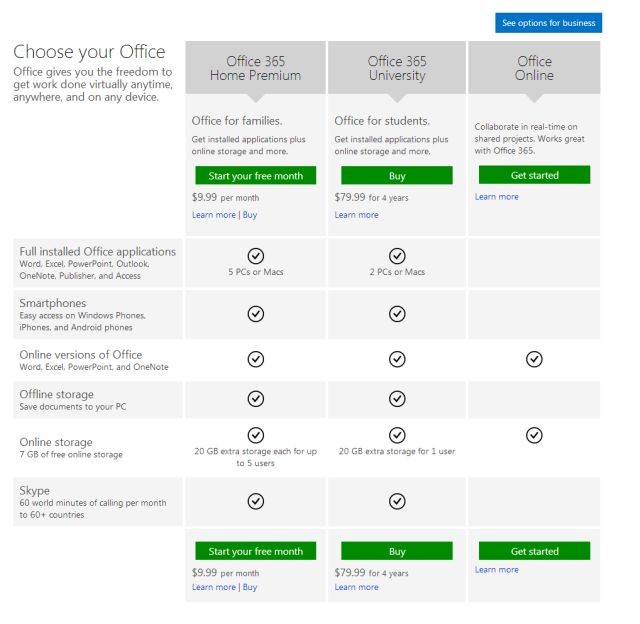 The page shows that Office Online is definitely the bare bones choice compared to the $9.99 a month Office 365 Home Premium and Office 365 University, which costs $79.99 for four years for college students. Like Office Web Apps, Office Online will have free version of Word, Excel, PowerPoint and OneNote. It also shows 7GB of free online storage, presumably via SkyDrive/OneDrive, which is the offer Microsoft gives to anyone who wants to use that service for free.

So far. Microsoft has yet to make any formal announcement about the Office Online rebranding but ZDNet speculates that the company will make it official as part of the next major Office update, code named Office 16. Indeed, the URL of the web page has "O16" as part of its address; Microsoft has announced it plans to release a service pack for the stand alone Office 2013 sometime in the first quarter of 2014.