Apple was supposed to be enjoying the official launch day of the iPhone 5. However, the buzz on the Internet is less about the company's newest smartphone and more about the new in-house developed iOS 6 Map app that was released on Wednesday. As we have reported before, users have been quick to slam the app with its data errors and its comical image issues.

The iOS 6 Maps app replaced Google's Map app and so far, there's no word on when or even if Google will launch its own iOS 6 Map app. A story on the Guardian website this week claims, via unnamed sources, that Google has such an app in the works, but it's up to Apple to approve it for publishing in the iOS App Store. 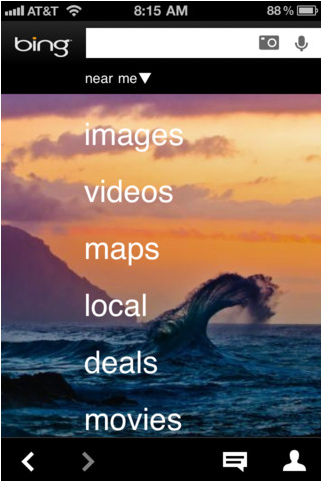 As we mentioned earlier this week, Microsoft already has its own iOS version of the Bing Maps app available to download right now. However, that app has not been updated since April. We contacted Microsoft to see if they have any updates planned for the Bing Maps app for iOS 6. The statement we received from Microsoft said:

Bing has a solid existing experience for iPhone customers.  We don’t have anything to share about future plans or updates.

Hopefully, Microsoft will see this move by Apple as an opportunity for its Bing Maps to get more traction. On the other hand, Apple could decide not to allow an update for Bing Maps in iOS. In any case, the real losers are iOS 6 users, who now have to deal with a broken beta for an official Map app from Apple and no official word on when a new Google Maps app will arrive.