We have already reported that Microsoft has taken over the back end of tracking Santa Claus' trip around the world for NORAD, while Google has decided to launch its own Santa tracker. Now that St. Nick is actually on his way, the two services are offering very different views of where Santa is going. 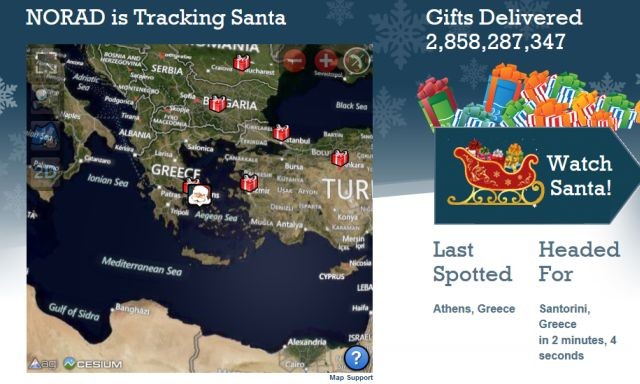 The NORAD Santa Tracker, which has map support from Microsoft's Bing Maps, showed Santa and his sleigh over Athens, Greece around 3:40 pm Eastern time, It also showed that Santa had delivered over 2.8 billion presents at that time. 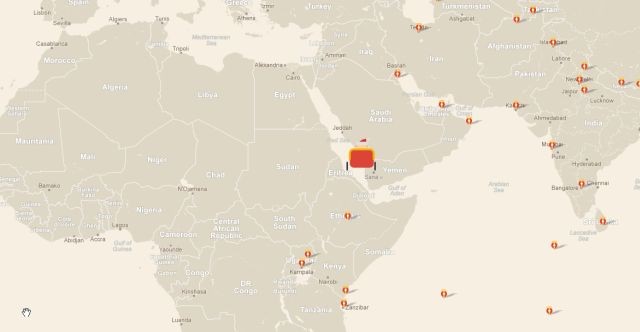 By contrast, at around the same time, Google's Santa Tracker showed that he was making his way to the Middle East, specifically Saudi Arabia, after leaving Africa. Furthermore, the number of presents Santa had delivered at that time was much lower that Microsoft-NORAD. Only 777 million presents had been given out, according to Google's estimate.

So why the differences in positions and presents? The Washington Post speculates that Google gets its information from Santa's onboard WiFi antenna and that the information from that source is lagging behind Microsoft and NORAD. Also, Microsoft might have a better way to track the individual presents that Santa is giving out, including stocking stuffers.

In any case, Santa is now getting closer to Europe and later tonight he will reach the US. While it's unlikely this will happen, there's an outside chance someone will actually see Santa tonight and confirm which solution, Microsoft-NORAD and Google, is tracking him more accurately.

Source: The Washington Post | Images via Microsoft-NORAD and Google