Microsoft announced Minecraft Education Edition earlier today, as it broadens its efforts to help teachers to use the popular block-building game as a valuable classroom tool. But that wasn't the company's only announcement on the education front today - it also launched a preview of its new Learning Tools for OneNote.

The toolbar add-in is designed for OneNote 2013 and 2016, and Microsoft says that it "improves reading and writing experiences for all students - including for students with learning differences like dyslexia". It explains further:

We designed reading and writing solutions that leverage what works for people with learning differences and for other users based upon research. We are delivering a mainstream tool that benefits all students; it is a great example of inclusive design because it builds on solutions for people with learning differences but it works for everyone and is non-stigmatizing. This matters for students and educators for a few key reasons: 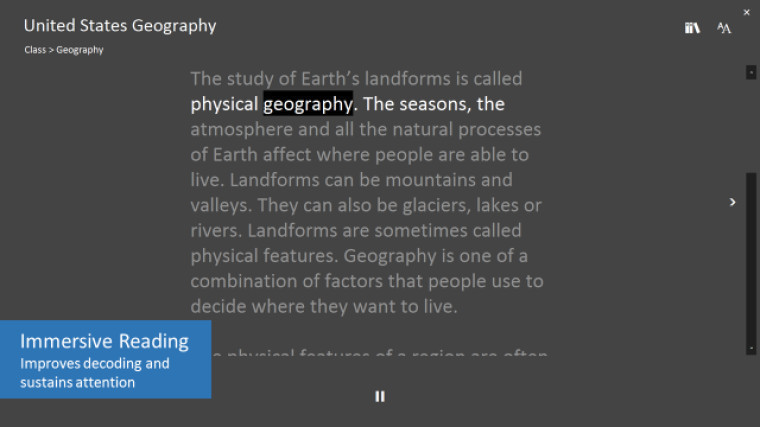 The new tools include an 'Immersive Reader' feature that reads text aloud while highlighting it, which Microsoft says allows users "to improve focus and reading speed", as well as aiding comprehension and holding the reader's attention. Other features, the company says, offer 'research-based benefits', including:

The new toolbar began life as the 'OneNote for Learning' project, developed internally by a Microsoft team as part of a company hackathon - and in fact, it was so successful that it beat the other 3,300 projects and 13,000 participants, to be declared the overall winner of the 2015 '//oneweek Hackathon' event.

Microsoft's Jeff Petty - accessibility lead for Windows for Education, and the program manager behind that project - said in August that the team's efforts were the result of intense collaboration, pulling in technologies and resources from across the company.

Dyslexia was a major focus for those working on the project, and the issue of 'visual crowding' - which can make densely-packed text difficult to read, solved by spacing letters out to help make them more readable - was just one component of their efforts.

Ultimately, they hoped to improve learning opportunities both for students and teachers. "When you address challenges with reading and writing, the benefits extend far beyond the original audience you had in mind," Petty said. "By solving a problem for our audience, we're actually going to make life easier for many more people."

You can find out more about the new Learning Tools for OneNote on this FAQ page, and the first public preview release is available to download here.