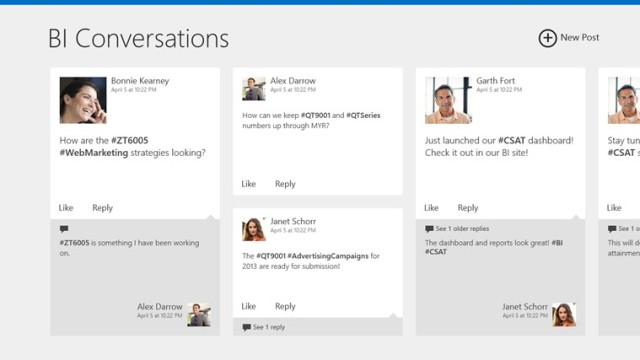 In March, Microsoft announced the first SharePoint NewsdFeed mobile apps for Windows Phone 8 and iOS platforms with some fanfare. Now Microsoft has offered the same app for Windows 8, but with no advance notice or announcements from the company.