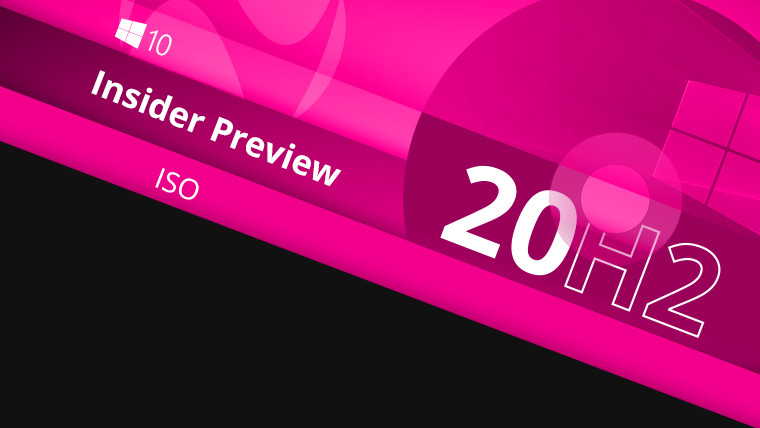 If you've been waiting for Windows 10 20H2 ISOs, there's some good news for you today. Microsoft is releasing the images to Windows Insiders, so you can get started with a clean installation of the firm's next Windows 10 feature update.

20H2 comes with a few new features, such as having the new Edge browser built in, a refreshed Start Menu, and more. It also changes the way that version numbers are handled. Rather than having a year and a month like 2004 (20 being the year, and 04 being the month) and previous versions did, it will have the year and the half, just like its codename. While 20H1 became version 2004, 20H2 will remain 20H2.

While the ISO images being released today are technically a preview, there's really very little difference between those and what arrives in production. This is because like Windows 10 version 1909 was, 20H2 is nothing more than an enablement package. It bumps up the build number by one and lights of some already-existing features.

As is the case now with versions 1903 and 1909, versions 2004 and 20H2 will get the exact same cumulative updates. The actual bits are the same, which means that if you go to 20H2 now, you're not risking any more stability than you'd be risking with version 2004.

If you want to download the new ISOs, you can find them here. You'll also find new ISOs for the rs_prerelease branch, as you can download build 20201, which was released to the Dev channel today. And additionally, the ISOs for the Release Preview ring have finally been updates to build 19041; for a while, Microsoft was still offering build 18363.