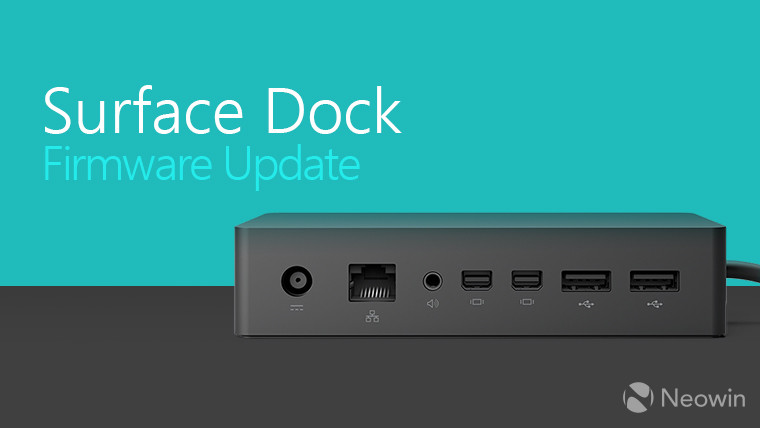 All the way back in 2015, Microsoft announced a peripheral aimed at extending the port selection on its Surface devices, fittingly named Surface Dock. It featured, in order of appearance, a power out port, Gigabit Ethernet port, one audio-out, two Mini DisplayPorts, and four USB 3.0 ports (two on the front, two on the back). The method through which the device's firmware was updated has stayed the same, up until now.

The company has announced that it is deprecating its Surface Dock Updater tool, replacing it with Surface Dock Firmware Update. The latter comes in the form of a .MSI file which is currently available to download from this link as part of Surface Tools for IT.

What's changed in this redesigned tool is not only the version (which for some reason is 1.42.139, despite it being the first release), as well as the fact that it'll now allow for the updating of Surface Dock automatically. This is because it runs in the background on your Surface device.

An oddity to keep in mind is that Microsoft's own Surface IT Pro blog lists Windows 10 Pro RS4 - in other words version 1803, the April 2018 Update - or later as required for this to run. On the other hand, the Surface Tools for IT page lists Windows 8.1, 8.1 Pro, 8.1 Enterprise and Windows 10 as supported with no mention of a particular flavor. This is relevant because the Surface Pro 6 and Surface Laptop 2 - which are supported by the Surface Dock - ship with Windows 10 Home.