Twist is a new project from Microsoft Garage to make photo-messaging more intuitive and interesting. It might be from Microsoft's experimental lab, but its lessons may be applied to Microsoft's other messaging services later on.

The concept for Twist is simple. You start a conversation screen that is vertically divided in two. You take a photo, type a message over the top and it fills the top half. The recipient on the other end will do the same, replying by taking up the bottom half. 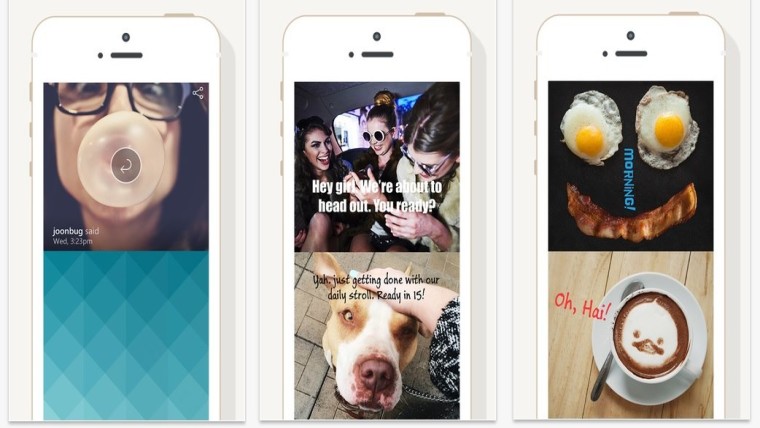 Twist might not replace normal instant messaging any time soon, but it makes sending photos more interesting than attaching a photo to a conversation with some follow-up text. The conversation is designed to be enlivened by the contrast between the photos, according to Twist's program manager Jennifer Shen:

“The mechanics we came up with focus on this idea of juxtaposed images. Having this ability to have a back-and-forth really unlocks a rich communication mechanism where you can share context, compare and contrast, and build a story together.”

Developers part of Microsoft Garage are behind the app. If you're unfamiliar, Garage publishes projects by Microsoft employees that wouldn't normally make it to the public. However they are still tested internally before being made available.

Unfortunately Twist is only available on iOS and to users in the U.S. and Canada. You can download it here: Twist on the iTunes App Store.