We're at that stage in the development cycle when Windows 10 Insider Preview builds are arriving at a rapid pace. Codenamed 19H1, the next feature update will be Windows 10 version 1903, which means that we're likely going to get an RTM build next month, followed by a public release in April.

Today, Microsoft released Windows 10 Insider Preview build 18348. It contains the same Emoji 12.0 improvements that we first saw in build 18845, which was released earlier this week from the 20H1 development branch. 19H1 previews were already using a version of the new emojis, but now that the character set is finalized, the feature is no longer in preview.

With Build Build 18277, Insiders got their first look at the Emoji 12.0 emoji. In early February, the set of emoji to be included with Emoji 12.0 was finalized by Unicode, and with today’s build when you press WIN+(period) or WIN+(semicolon), all of these emoji now have keywords hooked up to make them easy to search for. Try it once you install the build! Keywords include otter, sloth, waffle, ballet shoes, and more. 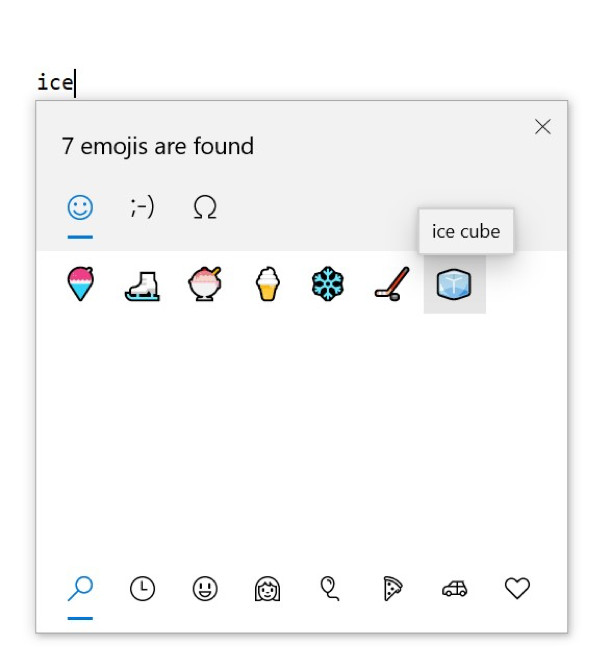 If you haven’t tried it already, be sure to also check out our new Kaomoji and Symbols section in the picker – makes it super easy to type things like (☞ﾟヮﾟ)☞ or em dash!

Microsoft also recently released the first Windows 10 19H1 Insider Preview for the Slow ring, so those Insiders finally have something to test. Up until that was released, this was the longest that a feature update for Windows 10 has ever been tested without ever being considered stable enough for the Slow ring.

If you're on the Fast ring though, you can download build 18348 by heading over to Windows Update, or you can enroll your PC through the Windows Insider Program tab.