It's a big day if you're into Windows updates. Alongside the regular Patch Tuesday updates, Microsoft released its first cumulative update for Windows 10 version 1803, and on top of all of that, there's a new Windows Server 2019 build.

One of the big features is in-place OS upgrades. This allows users to upgrade from a previous version of Windows Server to a new one, while keeping their settings, features, and applications. Users will be able to use the following upgrade paths:

It's odd that Microsoft would be talking about Windows Server 2019 R2 already. It seems likely that this is just a typo.

Here's what else is new in today's build:

A common issue around Windows Server is a lack of data migration options from older operating systems and storage platforms. Simply because in-place upgrades were impossible, and because manual migrations are slow and likely to cause significant interruptions to service or loss of access for users and applications, many customers are still using Windows Server 2012 R2, Windows Server 2008 R2, and even Windows Server 2003.

Addressing this challenge, Windows Server 2019 introduces the Storage Migration Service (SMS), a new role included in Windows Server Standard and Datacenter editions. SMS is a job-based orchestration and proxy that:

SMS provides orchestrated workflow with a Honolulu-based graphical management system, allowing scalable migrations of many servers simultaneously to new targets running on premises or in Azure. 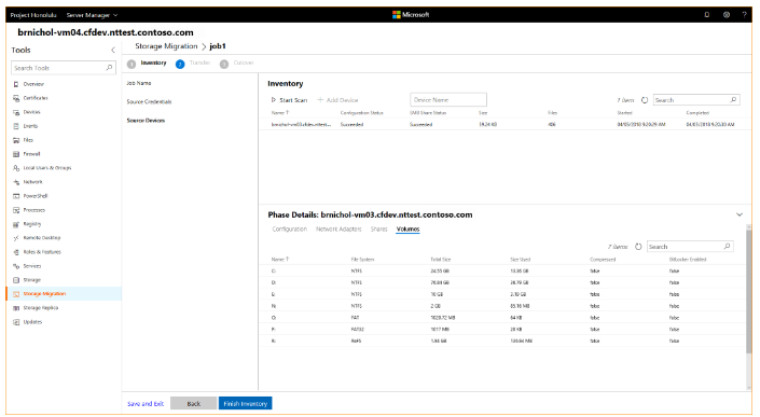 SR replicates a single volume (instead of an unlimited number of volumes).

This change is coming in a preview soon after Windows Server 2019, build 17639. We’re announcing these changes to seek your initial feedback. For more information about new features for Storage Replica, visit https://aka.ms/StorageReplica.

Microsoft says that the two key areas that it would like feedback on are in-place OS upgrades, and app compatibility. If server roles or apps don't work like they're supposed to, you should file feedback.

As with previous builds, these will expire on July 2, 2018. It seems likely that this date will change in a future build, since this update isn't slated to be released until this fall.